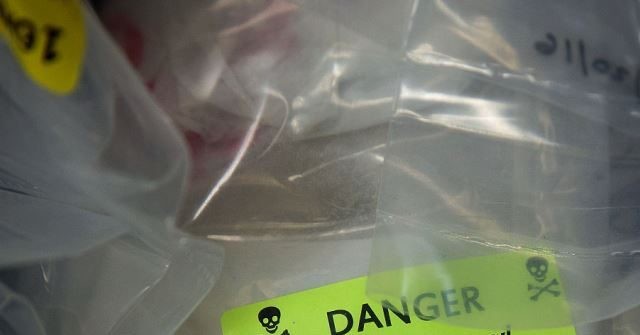 The Secretariat of the Navy of Mexico (La Secretaría de Marina–SEMAR) has reported a major fentanyl seizure believed to be of multi-ton in the Mexican port city of Lázaro Cárdenas in the state of Michoacán.

The Mexican government announced the major fentanyl seizure of initially reported by local media outlets to be approximately 25.75 tons (23,368 kilograms or 51,517 pounds) of powdered fentanyl that originated in Shanghai China and was headed to Culiacán, Sinaloa, the home base for the Sinaloa Cartel. According to a government spokesperson, the seizure was a result of a joint operation led by the Mexican naval elements of the 10th naval zone and Lázaro Cárdenas customs enforcement personnel as reported by local media. Michoacán is located in western Mexico and has a stretch of coastline along the Pacific Ocean.