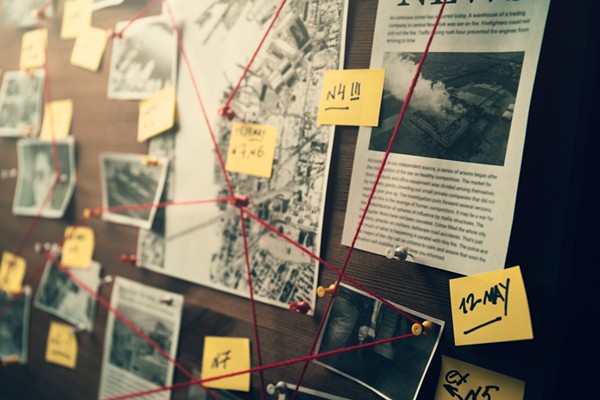 It's high time we say something: The FBI might not actually be as smart as…

It’s high time we say something: The FBI might not actually be as smart as they think they are.

The latest example comes from a recent article from The Detroit News, which reports that a man hired to clean the FBI’s downtown Detroit office during the early weeks of the pandemic happened upon an organizational chart for a local street gang on the wall.

The man, Anthony Cassani, 22, is accused of photographing the chart and posting it on Instagram, according to a sentencing memo recently obtained by the paper.

The FBI just left an org chart showing the rank and hierarchy of a violent street gang on its wall, and thought that was a good idea. They didn’t even use code words. According to the memo, Cassani recognized the name of the gang, which prompted him to snap a pic and disseminate across various social media platforms, including Instagram.

The chart then wound up in the hands of multiple other street gangs, “thereby depriving the FBI of the full benefit of its use,” according to the documents.

Apparently, Cassani had a criminal record, with three criminal convictions in the last four years, and two involving theft.

Does… the FBI even do background checks?

The agency says that its investigation was not compromised. But still, what the heck.

Cassani was charged with a misdemeanor for theft of government property less than $1,000. He’s set to be sentenced next week.

This is just the latest WTF moment for our local FBI. Earlier this month, FBI agent Richard Trask’s testimony was dropped from the prosecution of the alleged busted militia plot to kidnap and murder Governor Gretchen Whitmer after it was revealed that Trask wrote posts critical of ex-President Donald Trump on social media.

“If you still support our piece of s*** president you can f*** off,” Trask wrote in one post from March 2020. “As someone whose wife works in the hospital I hope you burn in hell along with your douchebag f****** reality tv star. His ego is going to kill a lot of people and anyone who supports that is a dumbass. This is what you get when you elect an egotistical/narcissistic (sic) maniac to the top office. He needs people to be nice to him or he won’t help. F*** you douche.”

Trask’s testimony was further complicated when he was charged with beating his wife during a dispute over a swinger’s party earlier this summer.

“It’s the last thing you want for a major case like this,” said Andy Arena, former head of the FBI office in Detroit. “Any time you give the defense any ammunition it’s not good.”

A BuzzFeed News report from July showed that the alleged plot against Whitmer was driven by secret FBI informants almost every step of the way, raising questions over whether there would have even been a plot without the agency’s meddling.

Published in Crime, FBI and US News