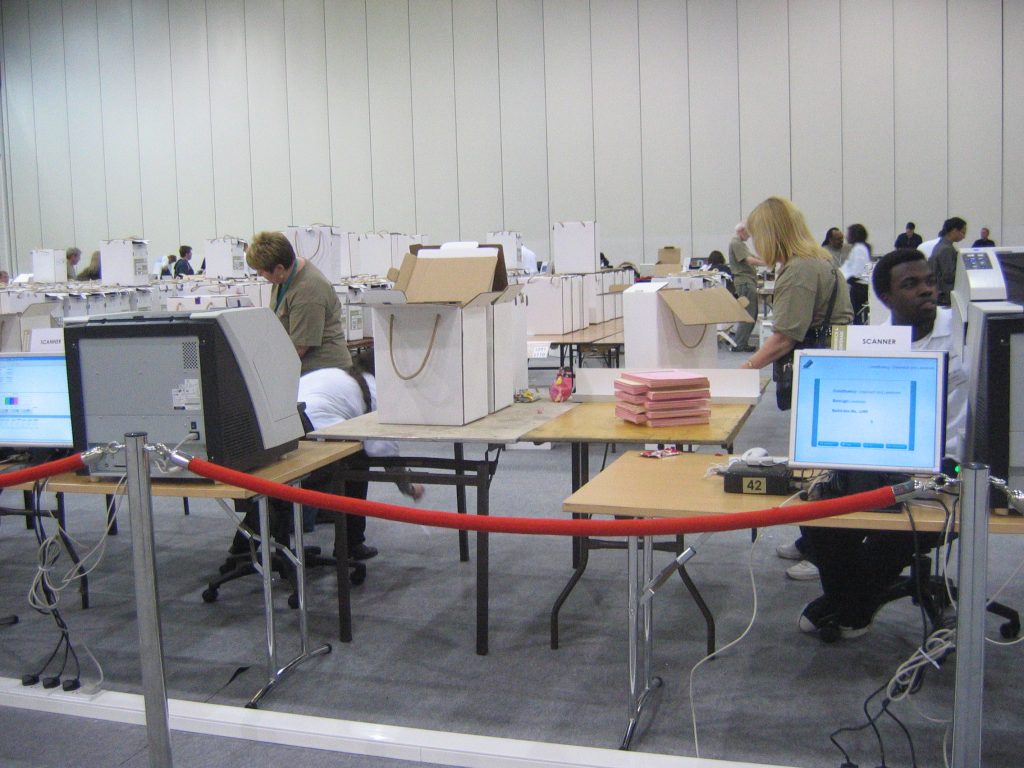 It was reported during the midterm election that tabulator machines were malfunctioning at 20 percent of the election centers in Maricopa County, Arizona prompting Republican organizations to request a 3-hour extension of the voting deadline that was rejected by the judge that heard the request at an emergency hearing. Now, an election judge, Michele Swinick, has come forward saying that she believes the machines were programmed to malfunction on election day as they worked “perfectly” when tested the night before the midterms.

Swinick worked at the Islamic Center voting location in a mostly Republican district. According to Swinick, the tabulator machines worked as expected when they were tested the evening before the election, but then malfunctioned on election day only accepting 1 out of 10 ballots that were tabulated. Election officials were instructed to put the remaining ballots into a separate section referred to as “Door 3.”

Swinick’s district in Scottsdale, AZ is mostly Republican followed by “no party” affiliation voters with a very small number of Democrats. Given that her district was mostly Republican and that the tabulator machines worked flawlessly when tested the night before the election, Swinick believes that the disruption was planned and that the machines were programmed to be defective. The scanning errors began when the first ballots were processed. Voters attempted to scan their ballots 4 to 12 times with very little success. It was estimated by Swinick and other poll workers that only 1 in 10 ballots was successfully tabulated during the first 3 hours of voting…