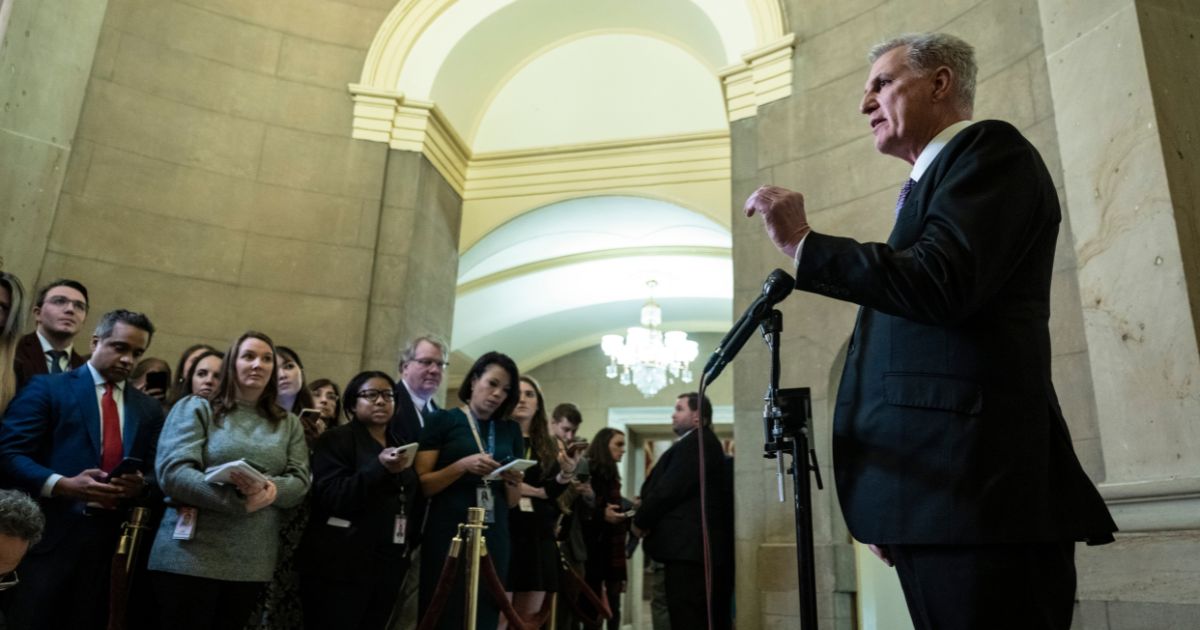 Any reasonable person knows why Schiff and Swalwell shouldn't be on the Intelligence Committee. Good…

At a Tuesday news conference, House Speaker Kevin McCarthy stomped all over, jumped up and down on and then set fire to a reporter who questioned his decision to remove Democratic Reps. Adam Schiff and Eric Swalwell, both of California, from the House Intelligence Committee.

Who knew McCarthy was capable of delivering such an epic smackdown?

The reporter in question was Lisa Desjardins of PBS, who talked over the speaker as she badgered him about his removal of Schiff and Swalwell from the Intelligence Committee in relation to his stance on New York Republican Rep. George Santos, whose campaign fabrications have led to calls to resign.

At one point, Desjardins interrupted McCarthy to say he wasn’t answering her question.

“OK, let me be very clear and respectful to you,” he responded. “You asked me a question. When I answer it, it’s the answer to your question. You don’t get to determine whether I answered your question or not, OK? In all respect.”…