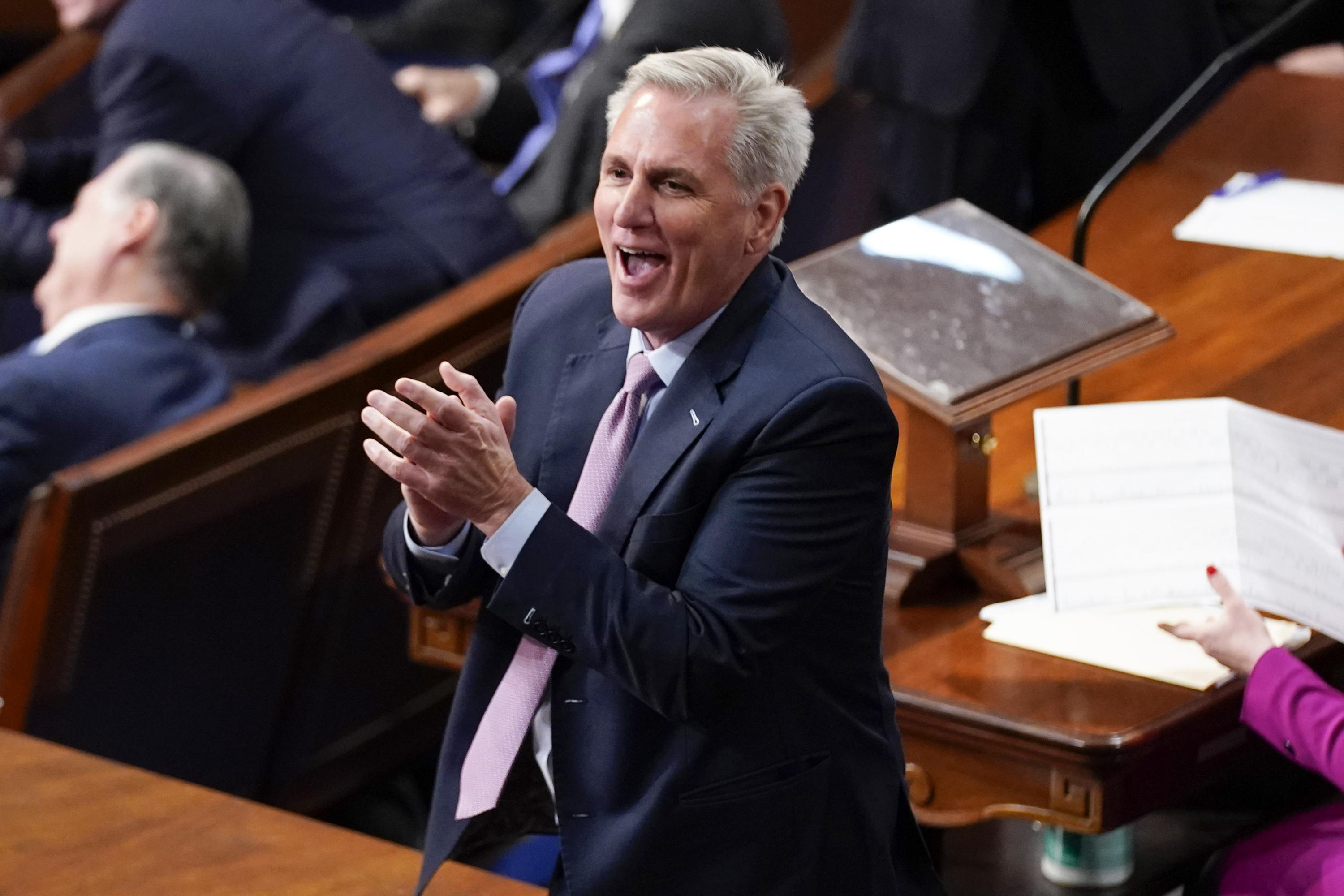 By LISA MASCARO and FARNOUSH AMIRI

WASHINGTON (AP) — Republican Kevin McCarthy was elected House speaker on a historic post-midnight 15th ballot early Saturday, overcoming holdouts from his own ranks and floor tensions that boiled over after a chaotic week that tested the new GOP majority’s ability to govern.

“My father always told me, it’s not how you start, it’s how you finish,” McCarthy told cheering fellow Republicans.

Eager to confront President Joe Biden and the Democrats, he promised subpoenas and investigations. “Now the hard work begins,” the California Republican declared. He credited former President Donald Trump for standing with him and for making late calls “helping get those final votes.”

Published in Biden, Elections, Political News and US News