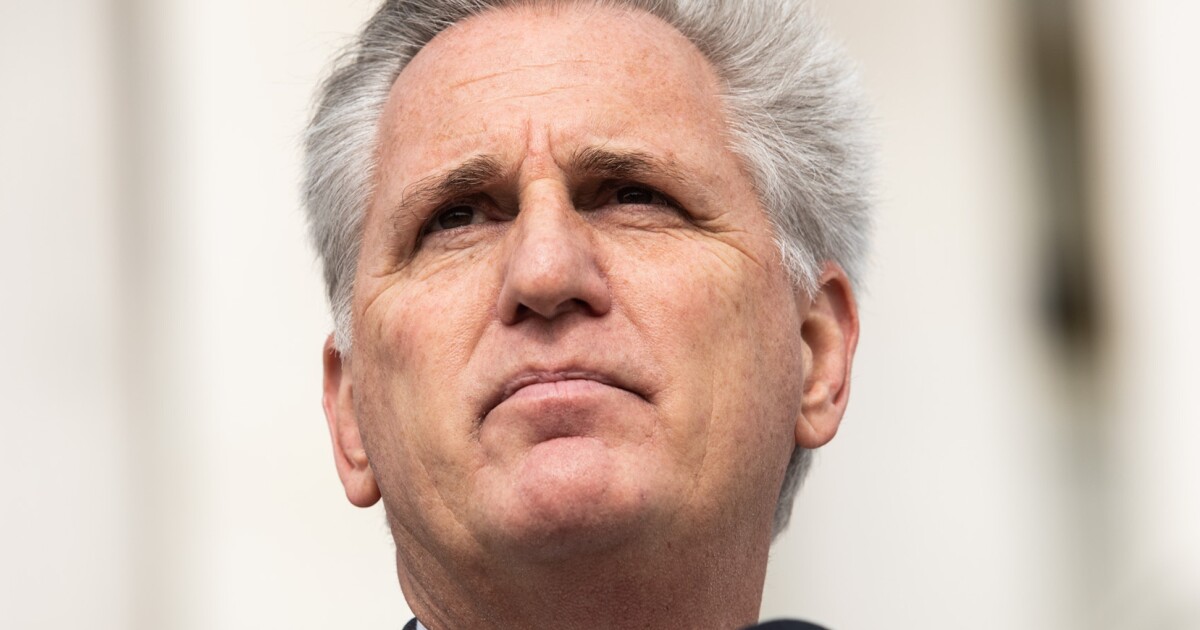 House Minority Leader Kevin McCarthy is facing several calls by Democrats to resign after reports surfaced that he joked about hitting Speaker Nancy Pelosi with a gavel.

On Saturday night, McCarthy was reportedly gifted a large gavel by members of Tennessee‘s Republican congressional delegation during a dinner event. The gavel had the words “Fire Pelosi” inscribed on it, referencing the minority leader’s repeated optimistic stance that the GOP will retake the House following the 2022 midterm elections.

“It will be hard not to hit her with it, but I will bang it down,” McCarthy reportedly said, according to a journalist from the Tennessean.

Several Democrats took to Twitter to condemn McCarthy’s alleged statement, including California Rep. Ted Lieu, who said, “You need to apologize for your statement, or resign.”

Dear @GOPLeader McCarthy: Don’t you think America has had enough political violence? You should never be encouraging or threatening or joking about causing violence to anyone, including the Speaker of the House. You need to apologize for your statement, or resign. https://t.co/jdP2bcmr5c

“Don’t you think America has had enough political violence? You should never be encouraging or threatening or joking about causing violence to anyone, including the Speaker of the House,” Lieu added.

Rep. Debbie Dingell of Michigan said McCarthy should apologize. “Language like this led to violence and death at the United States Capitol. @GOPLeader knows his words carry weight,” Dingell tweeted.

McCarthy allegedly invited the roughly 1,400 people in attendance at the Nashville dinner to Washington, D.C., when he is appointed as speaker, assuming his hopes for the position come to fruition, according to a Washington Post reporter.

The minority leader’s alleged comments come just days after Pelosi called him a “moron” for questioning a new mask mandate for lawmakers.

The Washington Examiner contacted McCarthy’s office for comment but did not immediately receive a response.

Published in Opinion, Pelosi, Political News and US News