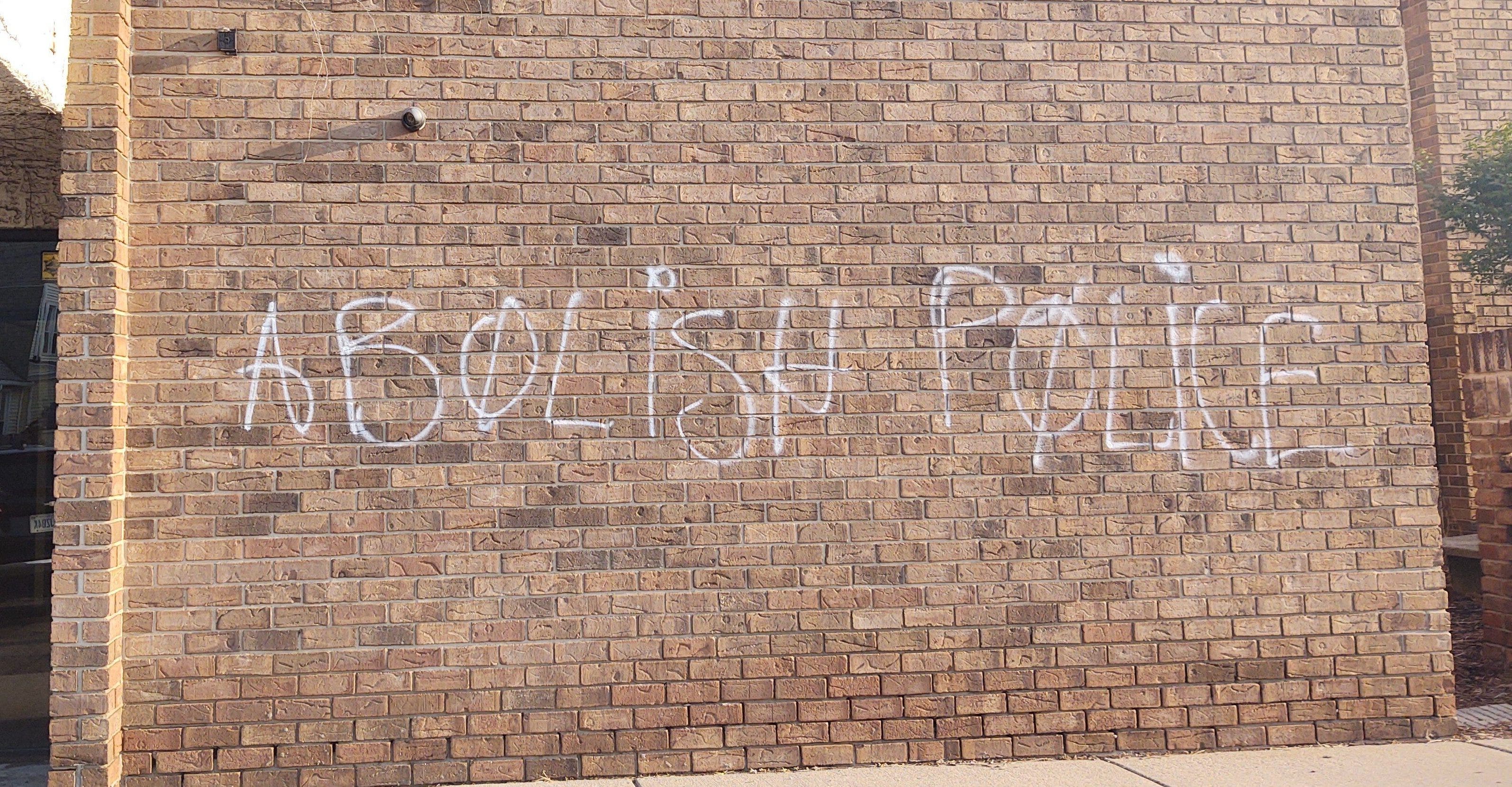 ‘We will not be intimidated,’ the party said

The Michigan Republican Party says its headquarters in Lansing was vandalized over the Labor Day weekend “with radical anti-police statements,” and it shared photos of graffiti on the building.

“Sunday night our building was vandalized with radical anti-police statements,” the party tweeted Monday. “We will not be intimidated, and we will continue to work hard to ensure President @realDonaldTrump is re-elected!”

Sunday night our building was vandalized with radical anti-police statements. We will not be intimidated, and we will continue to work hard to ensure President @realDonaldTrump is re-elected!#LeadRight #MITV20 pic.twitter.com/r56biu3oWj

The photos showed spray-painted graffiti that said “abolish police,” “f–k police,” “f–k 12” and “f–k you.” It’s not clear who is responsible for the graffiti, though the state party said they filed a report with the City of Lansing Police Department.

It comes amid nationwide protests against police brutality and the far-left “defund the police” movement.

The graffiti also said “f–k ICE.” In a statement, the party said they believe it to be a reference to the Immigration and Customs Enforcement agency where its chairwoman, Laura Cox, once served as an agent.

‘DEMOCRATS SHOULD BE SCARED ABOUT MICHIGAN,’ STATE’S HOUSE SPEAKER SAYS

Ronna McDaniel, the chairwoman of the Republican National Committee, condemned the vandalism.

“Another heinous attack on police and @realDonaldTrump supporters,” McDaniel tweeted. “We will not be silenced and we are going to make our voices heard in November!”

Michigan is considered a swing state in the 2020 presidential race between President Trump and Democratic nominee Joe Biden. Biden’s campaign announced last week that the former vice president will be traveling to Michigan on Wednesday.

While Trump won the state in 2016, the Real Clear Politics polling average shows Biden up by 5 points in Michigan. Still, Republicans in the state insist Trump can win again.

“Democrats should be scared about Michigan,” the state’s Republican House speaker, Lee Chatfield, told “Fox & Friends Weekend” on Sunday, adding that “it went red in 2016” and he thinks “it will go red again” this year.

Published in Election 2020, Opinion, Political News, Trump and US News