Migrants, Who Entered Britain Illegally, Complain ‘We Have Been Treated Like Criminals’ 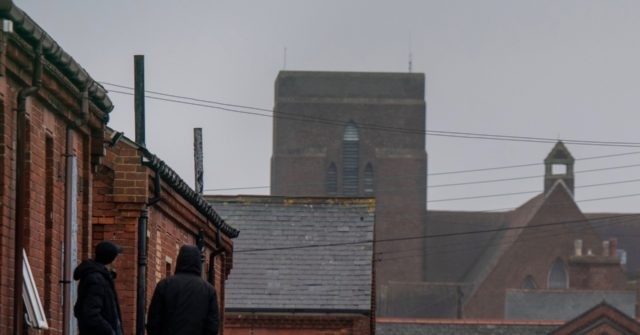 Asylum seekers who were previously housed at taxpayer expense in a former British military accommodation in Folkestone, Kent have complained that they were “treated like criminals”.

The Napier Barracks has been used by the Home Office to house some 400 illegal migrant men while their asylum claims were being processed.

However, following outbreaks of the Chinese coronavirus amidst widespread flouting of the pandemic regulations, most of the migrants were moved out of the facility and into hotels across the country — free of charge — with only 63 migrants remaining in the camp.

Speaking to Sky News, one of the former inhabitants of the camp, Iranian migrant Majid, complained of the conditions in the facility which used to house British soldiers.

“I saw several people attempt suicide and others were self-harming. They were desperate, afraid,” he claimed.

“We’ve been treated like criminals and we don’t know what we’ve done to deserve that,” he said, apparently not considering the fact that most Channel migrants make use of criminal people-smuggler networks to illegally enter British territory.

“When I first got there, it was like a prison. You could see all the fences and the security guards walking around. It was really shocking for me. Twenty-eight people were in each block with just two toilets and two showers in a block,” the Iranian migrant claimed.

Majid, who has since been put up in a hotel in London, said that an arson attack — which was allegedly set by migrants in the camp — was understandable due to the frustration among the inhabitants.

“I was in my room and I heard my friend say one of the blocks is on fire,” he said. “When I went out, I saw the roof was completely covered in huge flames.

Another migrant in the camp, Mohamed, said that tensions rose amid the lack of social distancing, explaining: “We were so shocked at the state of the barracks and it was this frustration that boiled over.”

“The security officers treated us very badly,” he alleged. “They didn’t want to hear from us, and we weren’t allowed to speak to anyone in authority.

Amid record-breaking illegal boat migration, the Home Office began housing migrants, some of whom were lethally violent, in hotels across the country, a phenomenon brought to light in large part by Brexit leader Nigel Farage.

As the waves of illegal migrants continued to pour into the country, the government began using former military bases, such as the Napier barracks, to accommodate the overflowing migrant population.

Responding to the complaints from migrants about the conditions in the camp, Mr Farage said on Tuesday: “It almost beggars belief that this is going on in court… and you can bet your life that the next time we get a spell of calm weather the dinghies will start crossing the Channel again and not a single person will be turned around and sent back.”

“The food is no good. There is only one toilet. I should have made my application [for asylum] in France.” https://t.co/05gYFwhOVd