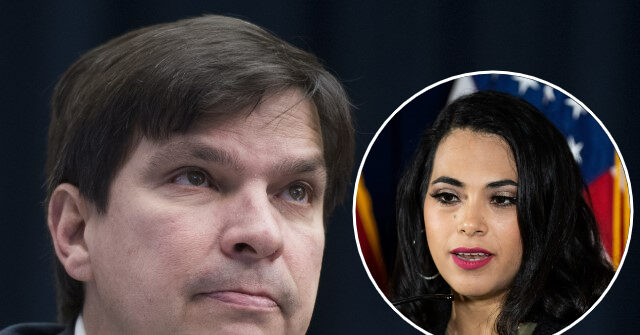 Democrat Rep. Vicente Gonzalez funded a Texas blogger who has levied a slew of "racist"…

BY NICK GILBERTSON AND JACOB BLISS

A Texas blogger who has levied a slew of “racist” attacks against Rep. Mayra Flores (R-TX) received a payment from Flores’ general election opponent, far-left Rep. Vicente Gonzalez (D-TX), in June, per a report.

NBC News first reported on the ties between Gonzalez and the McHale Report blog on Friday, noting that the congressman’s campaign provided $1,200 to the blog for “advertising services” on June 24. According to the outlet, no advertisements from Gonzalez run on the site. Derogatory attacks on Flores on the blog have been abundant dating back months as she has been labeled  “Miss Frijoles,” “Miss Enchiladas,” “gringa hag,” a “cotton-pickin’ liar,” and a myriad of other tasteless nicknames and race and sex-based insults.

But, I love frijoles & I grew up eating frijoles. I am not embarrassed of my upbringings & frijoles w/tortillas de harina is simply the best. Here's to Miss Frijoles 2022 #TX34 pic.twitter.com/7z5SRGCfUv