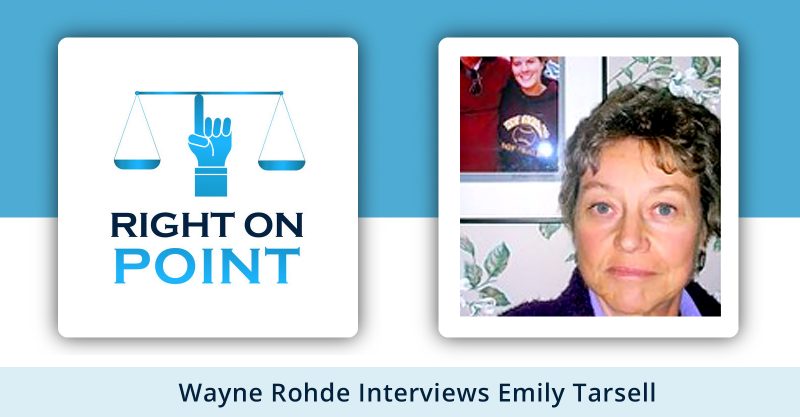 On a recent episode of “Right on Point Podcast,” Emily Tarsell described her journey after her daughter, Christina, died — and how it led her to co-author a study showing serious reactions to the Gardasil HPV vaccine are underreported.

Tarsell, a licensed clinical professional counselor in Baltimore, recently appeared on the “Right on Point Podcast” with Wayne Rohde, where she said she didn’t initially connect the HPV vaccine to her daughter’s death.

She described how, after doctors failed to find a cause for Christina’s death, she learned about other deaths and began to compare notes with parents who had similar experiences.

Weeks after receiving Gardasil’s HPV vaccine, Abigail Stratton knew something was wrong. She was eventually diagnosed with postural orthostatic tachycardia syndrome and dysautonomia, which left her with life-altering, debilitating health problems.https://t.co/pLTnSNN4RT

“It became clear to me there were patterns that were reported by these other parents,” Tarsell said. “When I called my doctor to report Christina’s death, my doctor said I should file a Vaccine Adverse Event Reporting System (VAERS) report.”

An entire year passed after filing the report before the Centers for Disease Control and Prevention (CDC) (which manages VAERS) followed up and requested Christina’s medical records.

“I thought by filing the report, calling the CDC and telling them about my daughter’s death, there would be an investigation,” Tarsell said. “But I quickly found that wasn’t the case.”

Tarsell learned Merck had filed its own report with VAERS — a false explanation that Christina had died from a viral infection.

“No one had ever said that was the cause of death,” Tarsell said.

Tarsell engaged in an exchange of letters with Merck, in which she asked what the drugmaker’s basis was for citing a viral infection as the cause of death.

Tarsell’s experience led her to start researching VAERS. “I wanted to know more about the reporting process, and if there were patterns,” she said. She queried thousands of VAERS reports and began to notice a pattern.

For example, the CDC was labeling ailments such as cervical cancer, lupus, paralysis of the stomach and autoimmune disorders as “non-serious,” said Emily.

“You don’t even have to be a physician to realize those are serious conditions,” Tarsell said.

Her research led her to co-author a study, published in August 2019, in the journal Science, Public Health Policy and the Law.

When VAERS receives a report, its first step is to decide whether the event is “serious” or “non-serious” based on criteria in the Code of Federal Regulations. VAERS reviewers then categorize the report according to specific symptoms from the Medical Dictionary for Regulatory Activities and record them.

How accurately do the reviewers of VAERS reports distinguish “serious” from “non-serious” adverse events? When it comes to Merck’s Gardasil HPV vaccine, the answer is “not very,” according to the study authors.

Listen to the podcast to hear Emily discuss her legal journey through the National Vaccine Injury Compensation Program, and how she sought compensation for the death of her daughter.