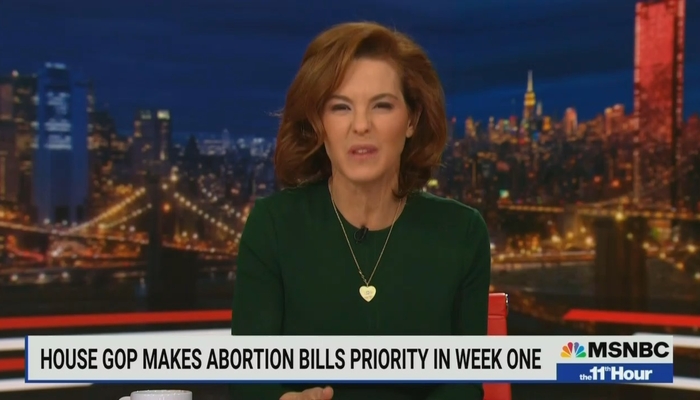 On MSNBC’s The 11th Hour, host Stephanie Ruhle opened her Wednesday night program to whine that House Republicans voted to protect babies born in botched abortions. She went on to huff that there’s “no state that allows any doctor to kill a newborn baby.” If that’s the case, then why does Ruhle apparently oppose a law preventing the killing of a newborn?

“Tonight we are getting a much clearer picture of how Republicans are planning to lead the House in the 118th Congress,” Ruhle opened her show proclaiming.

“The GOP may have won control by campaigning on kitchen table issues like inflation and crime, but tonight, they used the power of their majority to pass two abortion related bills,” Ruhle cried as if protecting the most innocent among us doesn’t affect the economy and therefore isn’t a “kitchen table issue.”

Published in Health News, Political News, Survival and US News