Mutiny on the Humber! P&O Ferries captain draws up gangplanks and REFUSES to let new staff board in Hull… 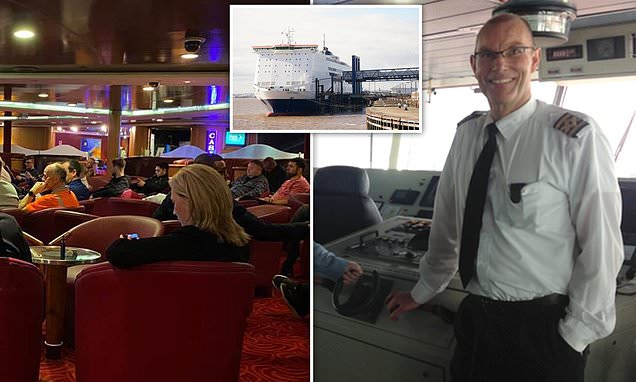 Mutiny on the Humber! P&O Ferries captain draws up gangplanks and REFUSES to let new staff board in Hull after bosses sent in heavies with handcuffs, sacked workers over Zoom and left chaos at ports with services cancelled for DAYS

A defiant captain of a P&O Ferries boat has locked down his ship and refused to let anyone aboard after the shipping firm was slammed after it told 800 crew members their jobs were going to cheaper agency staff over a Zoom call.

Dutchman Eugene Favier, the captain of The Pride of Hull, sealed himself and his 141-strong crew inside the huge vessel using maritime law just hours after P&O Ferries announced the mass redundancies on Thursday morning.

The seafarer joined the hundreds of sacked P&O Ferries staff who held protests and refused to disembark ships at ports in Dover, Hull and Northern Ireland after the firm was accused of ‘illegally’ hiring heavies with handcuffs to turf them off the boats.