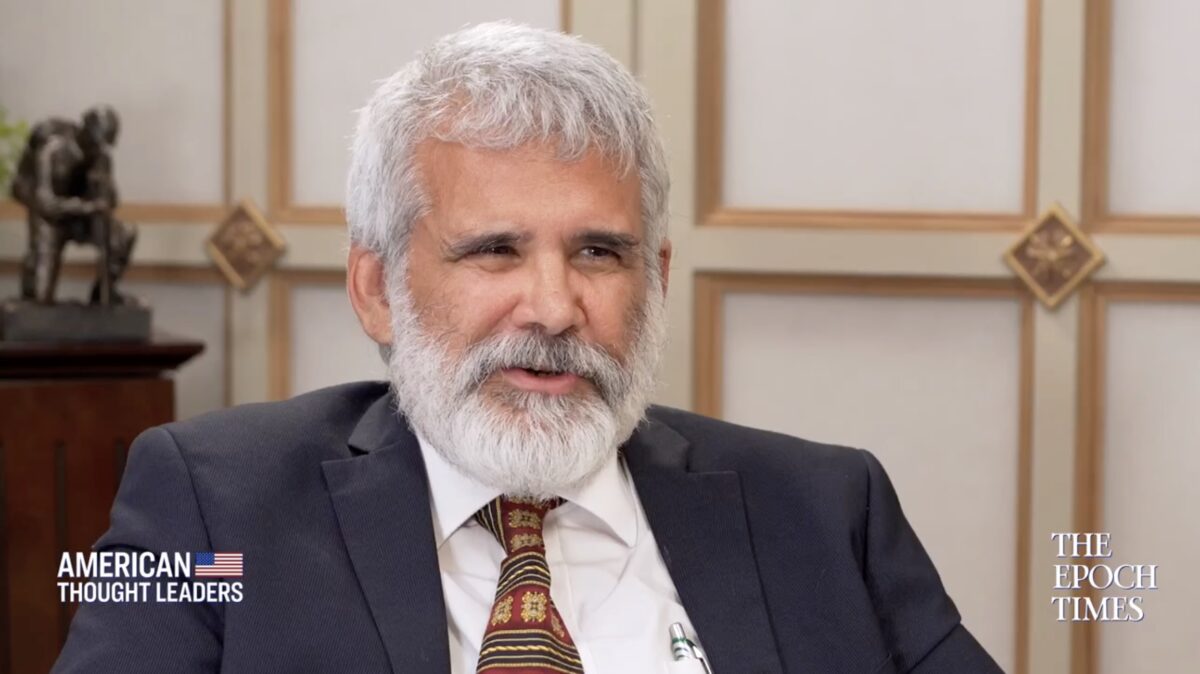 By Zachary Stieber and Jan Jekielek

Immunity conferred by recovering from COVID-19 is better than the protection afforded by COVID-19 vaccines, a prominent vaccine inventor says, citing in part a recent study from Israel.

Israeli researchers found that people in the country vaccinated with Pfizer’s COVID-19 shot were 13 times more likely to contract the Delta variant of the CCP virus and 27 times more at risk of symptomatic disease compared to those who had recovered from COVID-19.

“It’s now been shown in that paper and others that the breadth of that immune response in terms of T and B cell memory populations is more diverse and more long lasting than the breadth of immune response elicited by the spike-based vaccines alone,” Dr. Robert Malone, the inventor of the class of vaccines based on messenger RNA, said on The Epoch Times’ “American Thought Leaders.”

"Even if we had 100% vaccine uptake with these vaccines…we would not be able to stop the spread of the virus through the US population. We would slow it."

While antibodies reduce over time, T cells, a type of white blood cells that protect against infection, and B cells can last for a lifetime.

Federal health authorities acknowledge natural immunity exists but have continued claiming that the protection from vaccines is better, pointing to a different set of studies, including one from Kentucky published by state and Centers for Disease Control and Prevention (CDC) researchers.

Authorities continue urging everybody, regardless of prior infection, to get a vaccine.

Some other scientists, though, say the growing body of evidence on natural immunity must play a larger role in policy discussions on vaccination amid the pandemic.

“Natural immunity is pretty darn good. We would be best to focus our efforts on people who are both unvaccinated AND have not recovered from prior infection,” Dr. Vinay Prasad, a professor at the University of California, San Francisco’s Department of Epidemiology & Biostatistics, wrote on social media over the weekend.

The Israeli study, Malone said, “seems to indicate that the breadth and durability of the immune response was superior with the natural infection in recovery.”

“There’s also evidence that there’s a significant—depending on the timeframe—six- to 20-fold improvement in protection from infection and disease associated with the natural immunity acquired from prior infection compared to that conferred by the vaccine,” he added.

According to Malone, the newer data is a key piece in what he described as a social contract between members of the public and government health agencies.

The public “is faced with a situation where they had been told that natural immunity was not as protective, that they can’t rely on that; that if you’ve been previously infected, you should still get both doses of vaccine; that this vaccination would provide broad durable protection, it would protect you and it would protect your elders from you potentially spreading disease to them,” he said.

The CDC did not respond to a request for comment. The agency has told The Epoch Times in the past that it does not comment on papers that aren’t authored by the agency and that officials “continually evaluate the science that leads to our guidance, and if it needs to be changed, we will base that on our own research and studies.”