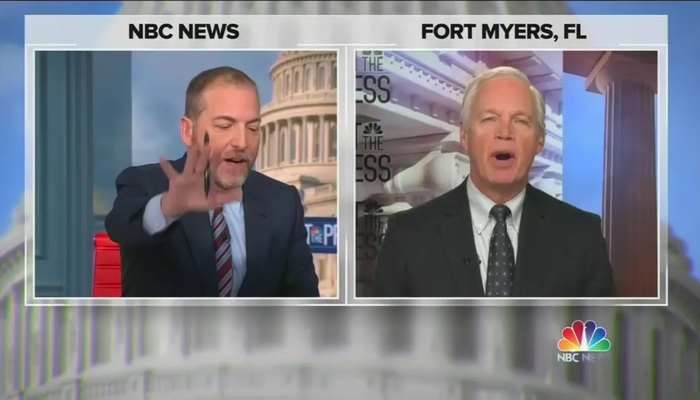 On Sunday's Meet the Press on NBC, host Chuck Todd made the laughable clai

On Sunday’s Meet the Press on NBC, host Chuck Todd made the laughable claim that he’s a journalist who “deals in facts” during a heated back and forth with Wisconsin Republican Senator Ron Johnson on the congressional investigation into President Joe Biden’s drug addict criminal son Hunter Biden. Anyone familiar with Todd’s journalistic track record will realize how absurd his comment was.

“I take it at your word that you’re ethically bothered by Hunter Biden,” Todd said to Johnson to which he shot back “are you not?”

“I’m a journalist. I have to deal in facts. Senator my question to you is, I have scepticisms of both parties. I sit here with scepticisms of a lot of people’s work,” Todd said with a straight face.