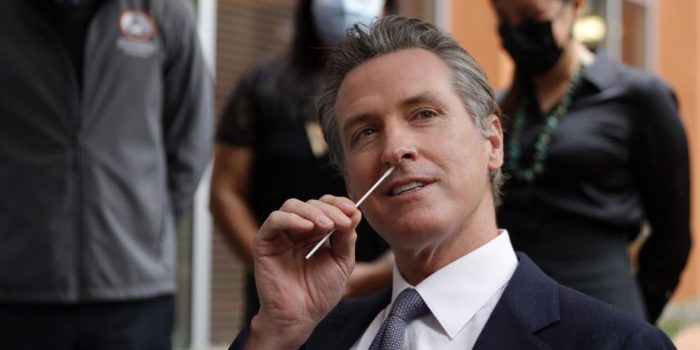 In Newsom’s first reelection campaign ad in California, he targeted Floridians, saying, “Freedom is under attack in your state.” Republicans were “banning books, making it harder to vote, restricting speech in classrooms, even criminalizing women and doctors.”

The ad points to news headlines about Florida laws banning public schools from teaching sexual orientation and gender identity in K-3 grades, banning abortion after 15 weeks of pregnancy, among others.