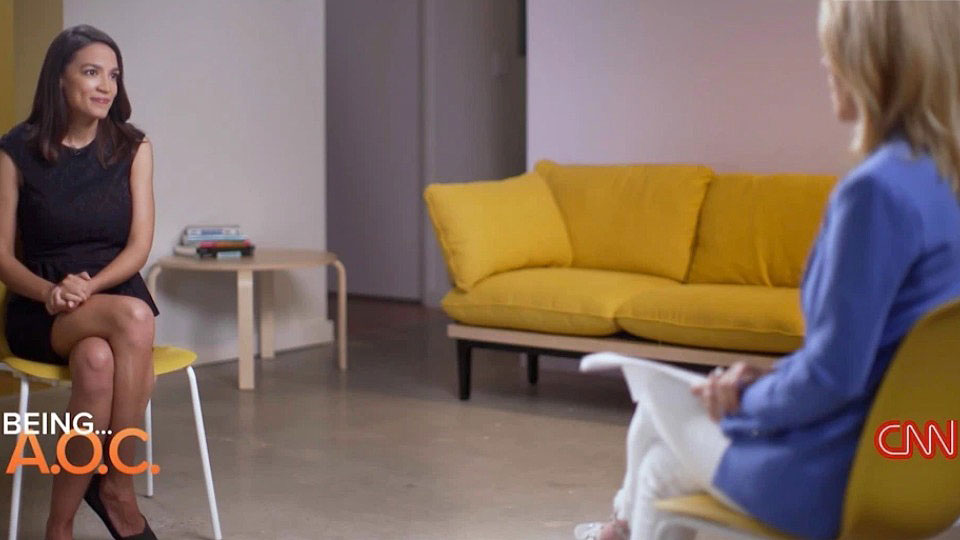 The August 9 hour-long CNN program Being… AOC about Rep. Alexandria Ocasio-Cortez is a case…

The August 9 hour-long CNN program Being… AOC about Rep. Alexandria Ocasio-Cortez is a case study in how corporate media covers—or, rather, covers up—socialism. The reddest or pinkest thing about this debut of CNN’s new Being… series were AOC’s lips. More time was spent bantering about the 31-year-old’s lipstick, fashion sense, and being a magazine cover girl than her left-wing politics.

CNN’s Dana Bash was positively bashful about asking America’s most famous living female socialist about her ideology. The only time socialism per se was actually alluded to at all was in a clip from a Fox News show that referred to the leftist congress member as a “socialist” in a chyron. And when AOC and Bash trod down a Bronx street, an older white male passerby booed Ocasio-Cortez, denouncing her as a “communist.”

Bash discussed “femininity” but not feminism per se with AOC plus the U.S. Representative’s electoral/political aspirations, but little, if anything substantive and specific about her politics and policy, such as the Green New Deal. The conceit of Being seems to be to present the “personal,” more private side of notables impacting the social discourse. According to a CNN online promotion for the program: “Throughout the series, Bash spends time with individuals affecting American policy, politics, and culture to give viewers an understanding of the human being behind the public face.”

Published in Corruption in the Media, Opinion, Political News, Socialism and US News