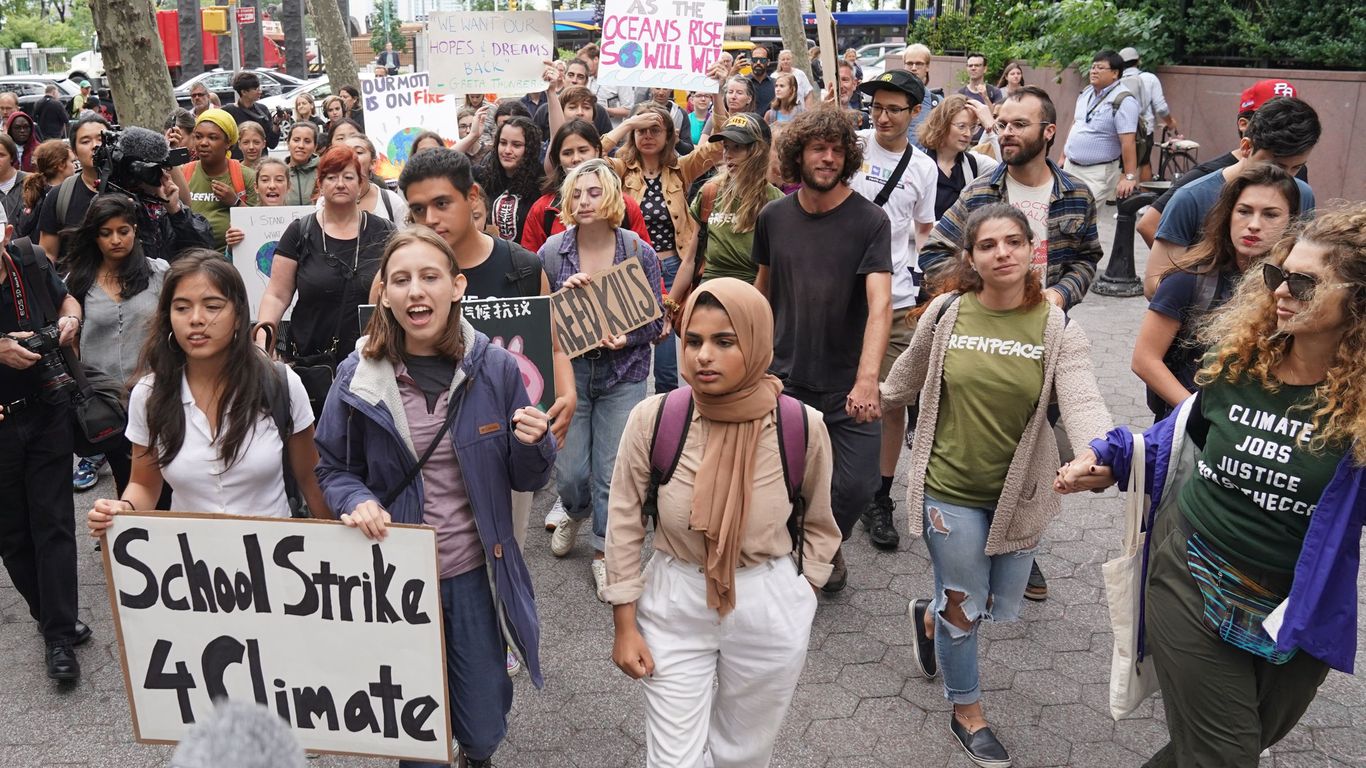 Millions of people around the world expected to protest.

Why it matters: Per the Times, this a test of the movement’s impact — by causing disruptions and getting noticed by political leaders who are in NYC for the United Nations Climate Action Summit 3 days later and the General Assembly meeting that follows it.

Organizers expect millions of people to leave work, home and school to take part in massive climate strike protests around the world.

Published in Communism, Political News and US News