Obama And Biden’s Shady TIGER Grants Set The Table For Gulftainer To Establish Operations At U.S. Seaports, Placing The US At Risk From Russian, Chinese Club-K Container Missile Systems 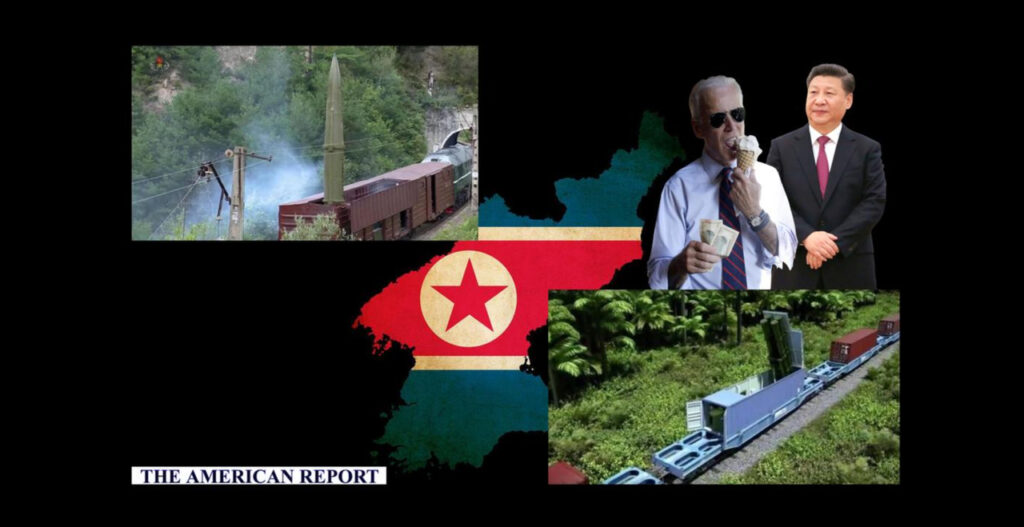 Russia’s Club-K Container Missile System Looks Identical To A Commercial Intermodal Cargo Container And Can Be Transported Aboard Ships, Trucks, And Trains

Joe Biden’s disastrous Afghanistan fiasco and surrender of Afghanistan and Bagram Air Base to the Taliban demonstrated to the entire world that his allegiance, and Obama’s allegiance, is to America’s adversaries China, Pakistan, and the Taliban, not to the United States.

Pakistan is the primary sponsor of the Taliban, and China is the main sponsor of Pakistan and North Korea.

No amount of “plausible deniability” can cover for the fact that the Bidens are compromised by Red China and deeply involved in handing over U.S. strategic seaports to shadowy foreign front companies operating on behalf of America’s most lethal adversaries, the governments of Russia and China.

Joe Biden used Department of Transportation TIGER GRANTS to set the table for GULFTAINER, a foreign company linked to Russia, China, Iran, the former Iraqi regime of Saddam Hussein and Saddam’s Iraqi WMDs, [and North Korea] to take over shipping container terminals at two U.S. strategic seaports, one in Florida and another in Delaware…

…The Obama/Biden administration installed a CFIUS (Committee of Foreign Investment in the United States) ‘gatekeeper’ to ensure that GULFTAINER and their secretly-negotiated U.S. port deals were never subjected to the required CFIUS national security reviews and the required National Security Threat Analysis that involves all 17 U.S. intelligence agencies. Those security reviews were bypassed. The National Security Threat Analysis never happened. Those 17 U.S. intelligence agencies were never notified by CFIUS staff at the U.S. Treasury department that GULFTAINER was attempting to take over container terminals at strategic U.S. seaports. Or, these CFIUS staff members, whom the Obama administration had installed, were complicit…

…President Barack Obama and Vice President Joe Biden established the TIGER GRANT program in 2009 under the umbrella of the so-called Recovery Act. Biden and Obama quickly began steering millions of taxpayer dollars through the U.S. Department of Transportation to seaport and container terminal projects that would later benefit GULFTAINER.

GULFTAINER operates as a front company for U.S. adversaries.

The CFIUS gatekeeper installed by the Obama-Biden regime was Aimen Nabi Mir, former two-time president of the youth wing of the Islamic Society of America (ISNA).

ISNA is one of the largest Muslim Brotherhood front groups in the U.S. and was named by the Department of Justice as an unindicted co-conspirator in the 2008 Holy Land Foundation HAMAS terror funding trial.

Pakistan is the primary sponsor of the Taliban and a close ally of China, the main sponsor of North Korea.

Dr. Jafar’s Iraqi “Beach Ball” shares many key design characteristics, not only with the Iranian orb-shaped nuclear weapon, but also with the spherical nuclear device with which Kim Jong-un posed in photos first seen in February 2017 on North Korean television…

…North Korean scientists also collaborated with Iraqi WMD experts. The isolated communist regime planned to build a factory near Baghdad to produce Rodong missiles capable of delivering Dr. Jafar’s nuclear “Beach Ball.” According to The New York Times the North Koreans pulled out of the Iraq missile factory project because things were getting “too hot” as America prepared to take military action against Saddam’s brutal regime in 2003.

It’s not often that North Korean-flagged freighters turn up near America’s shores, but when they do, they deserve attention. North Korea has a prolific record of arms smuggling, narcotics dealing, counterfeiting, terrorist ties and missile and nuclear proliferation. So, let’s hope U.S. authorities are keeping a close eye on a North Korean cargo ship called the Mu Du Bong, which late last month called at Cuba, then vanished from the commercial shipping grid for more than a week. This past Thursday, July 10, the Mu Du Bong reappeared at Havana, then began steaming north of Cuba, and as of this writing is cruising the Gulf of Mexico, not all that far from the Mexican port of Tampico — or for that matter, the coast of Texas.

The previous year, another North Korean freighter, the Chong Chon Gang, was caught smuggling weapons, including surface to air missile components and Soviet-built MiG fighter jets, out of Cuba.

The U.N. report describes how the Chong Chon Gang set out in mid-2013 from North Korea, took on fuel in a Russian Far East port, crossed the Pacific and transited the Panama Canal into the Caribbean. The ship then disappeared from the commercial shipping grid by switching off its onboard transponder, the Automatic Identification System (AIS), with which vessels for reasons of maritime safety are required to signal their identity and real-time location.

The Chong Chon Gang episode combines two of North Korea’s maritime smuggling modus operandi: the use of shipping containers and bulk carrier vessels owned by North Korean companies. The United Nations Panel of Experts has documented the use of shipping containers for North Korea-related consignments of embargoed dual use or military goods that may be used for missile production or weapons of mass destruction (WMD) programs…These consignments, falsely declared and transported anonymously for much of their journey aboard container vessels owned by some of the world’s biggest shipping lines, blend into the huge volumes of container traffic that depart East Asia for Middle Eastern, European and African markets on a daily basis.

If a North Korean freighter ship carrying missile launchers concealed inside rail cars or intermodal cargo containers sails undetected in the Caribbean Sea or the Gulf of Mexico, it could strike U.S. targets, including U.S. military bases and major cities such as Houston and Miami.

If North Korea smuggles a container missile launching system aboard a major shipping line, it could end up inside the United States.

These serious national security incidents involving North Korean ‘ghost’ freighter ships sailing with transponders turned off while smuggling Cuban weapons near United States shores did not stop Barack Obama from visiting Cuba in 2016, where he and wife Michelle attended a baseball game and did ‘the wave’ with fellow Marxist revolutionary Raúl Castro.

The technology used in Russia’s Club-K appears identical to technology developed for the U.S. military under a program called the Netfires XM501 Non-Line-of-Sight Launch System (NLOS-LS), also known as “missiles in a box.” NLOS-LS was part of the U.S. Army’s Future Combat Systems, the largest U.S. Army modernization program since the Second World War.

In 2010, the Obama-Biden Administration’s Under Secretary of Defense Ash Carter cancelled Future Combat Systems and NLOS-LS, even though NLOS-LS was 92 percent complete. By scrapping NLOS-LS, Obama and Ash Carter threw out 13 years of “missiles in a box” research and development that had cost $1.1 billion.

Russia immediately announced that they had ‘developed’ their own version of the NLOS-LS, which Russia called the Club-K.

The timing of Obama and Carter’s 2010 cancellation of the U.S. Army’s NLOS-LS and Russia’s 2010 unveiling of their own version of that system, the Club-K Container Missile System, coincided within only a few weeks.

Retired four-star U.S. Army general, Paul Gorman, who with DARPA developed Netfires NLOS-LS, stated that NLOS-LS could have saved the lives and limbs of U.S. troops stationed at forward operating bases in Afghanistan that were constantly under attack by Taliban fighters.

General Gorman cited the “growing human costs, not only in lives lost, but also in the ever-expanding numbers of wounded warriors.”

We previously reported at The American Report in our September 8, 2018 article titled “Saddam’s Revenge: Ash Carter, NLOS-LS, Russia’s Club-K, Iran, KGL, and Gulftainer and how they converge to put America in mortal danger”:

The arrival of NLOS-LS “Missiles in a Box” system was highly anticipated by the U.S. Army and U.S. Navy communities that understood the urgent need to replace 40-year old weapons technology with state of the art futuristic weapons systems that could save lives and win battles. The NLOS-LS was to be a crucial component for the U.S. military’s future success — from the mountains of Afghanistan, to the seas of the Persian Gulf near Iran, to the littorals (shallow waters) found around the world and along America’s coastal zones.

U.S. weapons showing up in the hands of adversaries became commonplace under Obama and Biden. In 2021 Biden surrendered Afghanistan to the Taliban.

In another Obama-Biden transfer of U.S. defense technology to America’s enemies, Biden surrendered Afghanistan and Bagram Air Base to the Taliban terrorists, awarding them $82 billion worth of taxpayer-funded military equipment and technology.

Obama and Biden sold out America.

Biden and Harris are selling out America too.