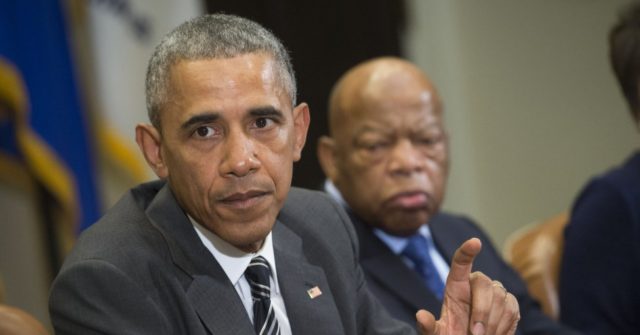 Jan. 13 (UPI) -- In his first opinion piece since he left office five years…

Jan. 13 (UPI) — In his first opinion piece since he left office five years ago, former President Barack Obama on Thursday strongly encouraged Democratic lawmakers in the Senate to make changes to the filibuster rule so that the upper chamber can pass stalled voting rights legislation.

The legislation, the John Lewis Voting Rights Act and the Freedom to Vote Act, passed the House last summer but has failed to pass in the Senate, where Democrats have a slim one-vote majority.

President Joe Biden has also called for changes to the filibuster rule, which requires 60 votes in the Senate to pass a piece of legislation…

Published in Obama, Political News and US News