Omicron is a 666 Ritual! Pfizer now says it can have Vaccine ready in 100 days – and my prediction for how long this theatre will continue 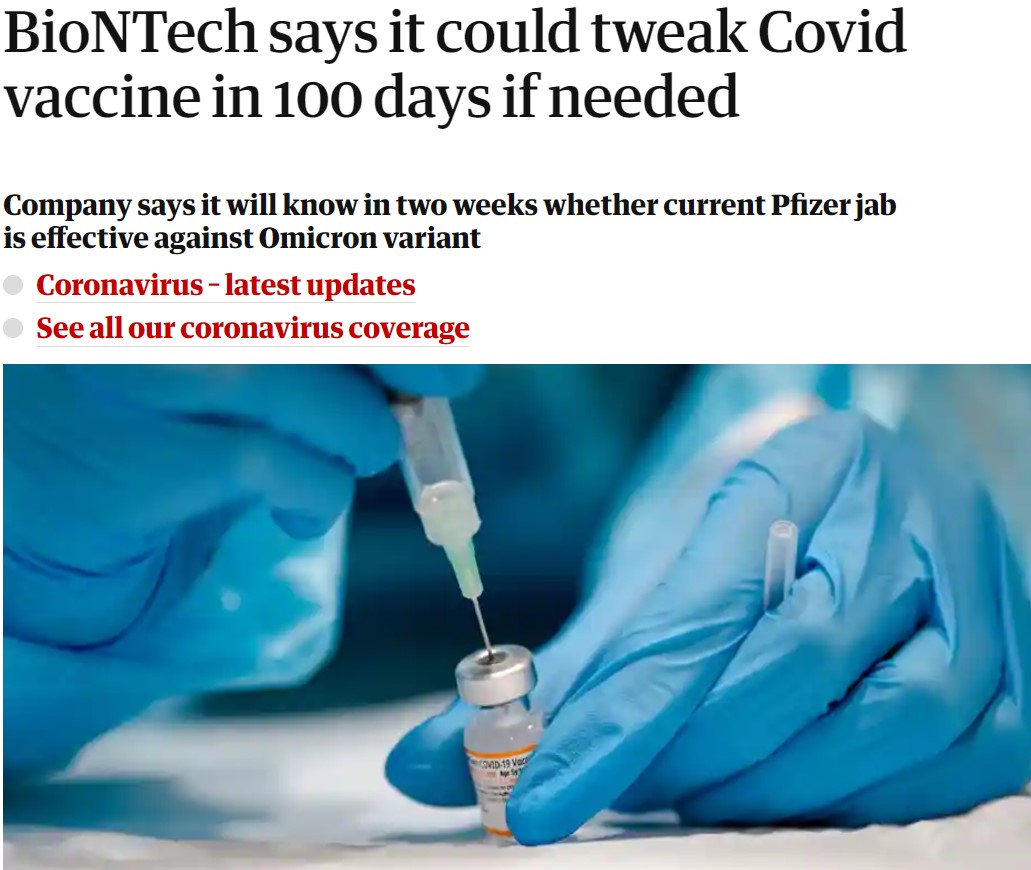 Omicron is a 666 Ritual! Pfizer now says it can have Vaccine ready in 100 days – and my prediction for how long this theatre will continue - Joachim Bartoll Official

The Omicron covid-19 variant is a big part of the pandemic 666-ritual, and Pfizer promises…

This “new variant” was reported on in the media on Thursday, November 25. On January 30, 2020, following the recommendations of the Emergency Committee, the WHO declared that the fake and staged Covid-19 outbreak constitutes a Public Health Emergency of International Concern (PHEIC). From January 30, 2020, to the day they declared this new fake virus variant on November 25, 2021, is a span of 666 days.

Then they skipped two letters in the Greek alphabet so they could name it Omicron. This happened on Black Friday while UK, and later the US, announced travel bans to six African countries. Yes, just as you should stand ‘six’ feet apart and the Clade X Virus Simulation was held on May 15, 2018, exactly 666 days before the Pandemic was declared on March 11, 2020.

And because UK was used in the travel ban ritual, they claimed that on Saturday there were two cases of Omicron infected people in the UK. The first cases of the original coronavirus were confirmed in the U.K. on January 31, 2020. And of course, these two cases with “Omicron” on November 27, 2021, comes exactly 666 days later!

666 is the Number of the Beast. Just as Vaccination is 666 in the English Sumerian Cipher. And also…
The beast ruled for 42 months in the book of Revelation.
Omicron = 42 (Full Reduction)
Vaccine = 42 (Reverse Full Reduction)

And this began in South Africa, which happens to match with ‘revelation’ on two ciphers…READ MORE… – Joachim Bartoll Official