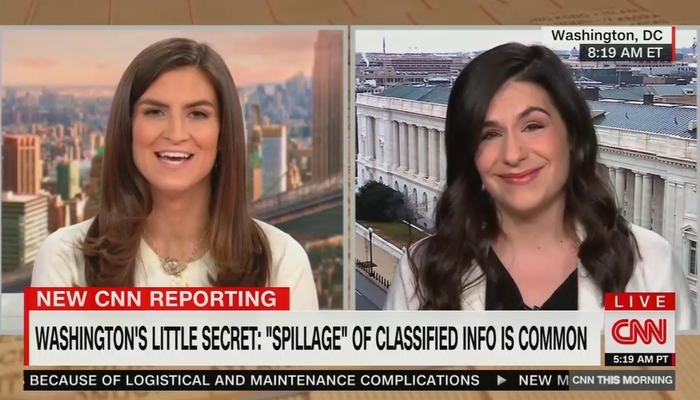 During Thursday’s newscast, CNN This Morning host Kaitlan Collins helped her viewers wake up with a big steaming cup of gaslight. That was the goal when Collins brought on intelligence and national security reporter, Katie Bo Lillis to downplay President Biden’s mishandling of classified information as something that happens “literally every day” and doesn’t rise to the need for prosecution.

“Experts in this matter say it’s known as classified spillage, and in most cases, they’re simple mistakes that are not typically charged as crimes,” Collins proclaimed as she led into the segment. Lillis agreed, noting that “this kind of classified spillage happens almost literally every day. And most of the time it’s completely accidental.”