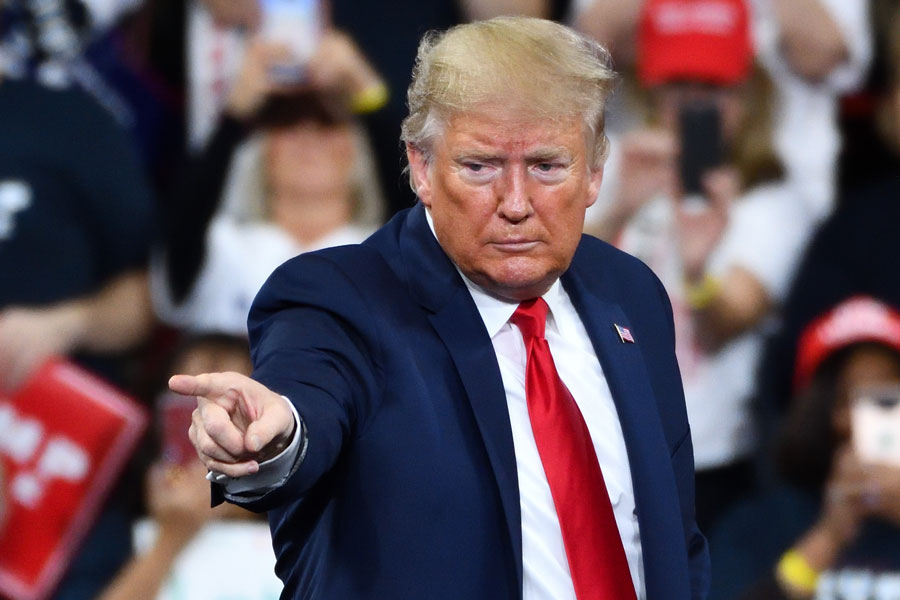 Trump has accused the prosecutors, all Democrats, of being politically motivated. He recently referred to…

BOCA RATON, FL – Nearly six months after President Trump vacated the White House to become a private citizen, the carriers of the Trump Derangement Syndrome are still licking at his heels to incriminate and put him behind bars. And they are doggedly persistent in their pursuit of the man, to destroy him and his associates. That’s what they do in a Cuba, Venezuela or some other third world dictatorship… not in a democracy like ours. But that may be a sign we’re heading in that direction.

Letitia James, a five-star, dumb as dirt, Black Lives Matter supporter, who also doubles as New York State’s Attorney General, its top law enforcement officer, is the leader of the wolf pack seeking to take down Trump. This fresh, Democrat, blood thirsty group continues the search and destroy mission where others before them have come up empty handed but not embarrassed at the futility of their missions. For over three shameful years Trump had been investigated by Progressives for being a traitor to this country, for being an out and out spy for Putin… an enemy to this country. That fizzled out without any fanfare from the Pisa Tower like slanted media who continued to water and fertilize these fruitless claims. We now find ourselves painfully watching the well paid New Yorkers, Manhattan D.A. Vance and the state’s Letitia James combine forces, wasting taxpayer money on this fresh reconnaissance mission against DJT. It will end also up in the trashcan.

To this date, the charges brought are mainly IRS type tax violations that center around employee compensation. Allen Weisselberg, the Trump company’s chief financial officer, was seen on TV screens being led away to jail in handcuffs. Not for murder, rioting, looting or arson. He’s being charged with simply handing out perks to employees in place of taxable income. The charges claim that executives took perks like car leases and city apartments without the recipients paying taxes. Shocking! Who ever heard of major crimes such as these? Seriously, is there not a major company, or even a street hot-dog vendor who does not use this form of payment to its employees? Paid for vacations, company cars, theater tickets, lunches, wedding gifts to loyal workers are American as they come. But not when it involves a major Republican who is considered “dangerous” to the overthrow of our nation by a team of in power revolutionaries. The Clinton Foundation gets off scot-free, without one charge of corruption leveled against it by even Republicans. Wonder why?

This detailed history of the Weisselberg prosecution reveals an important nugget: Weisselberg has added a tax expert and former IRS senior official to his team. That’s not a move taken by someone who is planning to cooperate. https://t.co/2Y2XNQP6lI

Of course, James and the soon to retire Vance are trying to pressure Weisselberg to inform on his boss, Trump. They’re squeezing him. Trump has accused the prosecutors, all Democrats, of being politically motivated. He recently referred to the case as “a political Witch hunt by the Radical Left Democrats.” An attorney for the Trump Organization called the case unprecedented. “In our view, this case was brought because the companies’ name is Trump.” We agree. And with the overt, criminal crime rate in NYC growing exponentially: shootings up 75% and Asians and Jews being attacked in the streets relentlessly by blacks, it’s incumbent on our top law enforcement leaders to concentrate on reducing the billowing incidents of crime and locking up career criminals, no matter what color, rather than letting them out of jail free, rather than acting as local IRS agents to hunt down political opponents who are dangerous only to their own Progressive plans for government takeover. We have to stop cold, this country’s headlong dive to join the list of third world lands who are run by political despots. The clock is ticking…

Published in Corruption in our Government, Crime, Opinion, Political News, Terrorism, Traitors Among Us, Trump and US News