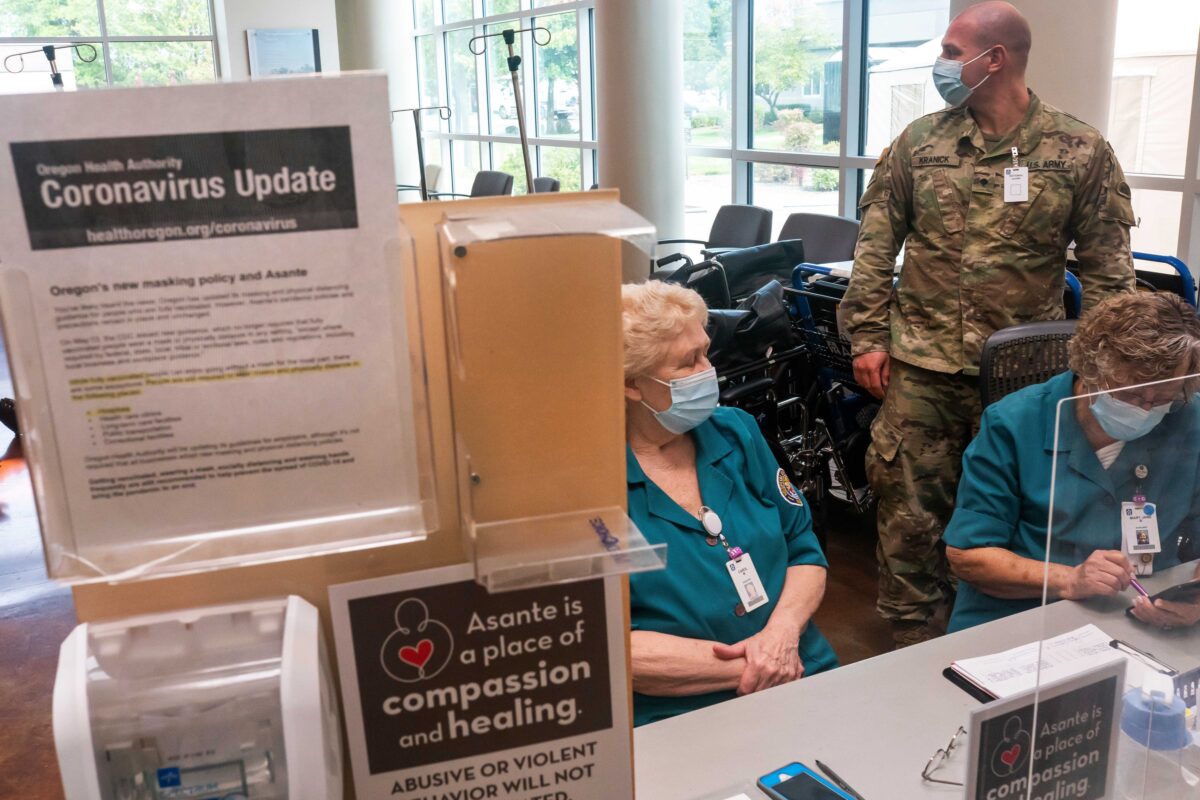 Oregon state Sens. Kim Thatcher and Dennis Linthicum, both Republicans, have petitioned Acting U.S. Attorney Scott E. Asphaug to launch a grand jury investigation into the measurement of COVID-19 statistics by the Centers for Disease Control and Prevention (CDC) and the Food and Drug Administration (FDA).

Thatcher and Linthicum submitted the petition in a letter (pdf) on Aug. 16 after gathering signatures from 1,718 Oregonians and 53,032 Americans.

In the petition, the senators expressed concerns over the measurement and reporting of COVID-19 vaccine adverse reactions including fatalities and injuries.

The lawmakers stated that a whistleblower, under sworn testimony, said the data reported under the CDC’s Vaccine Adverse Events Reporting System may have been underreported by a factor of five.

Regarding the diagnosis of COVID-19 through widely-used PCR tests, the senators said that the CDC and the FDA’s setting of one particular test parameter—the cycle threshold—generated “false positives resulting in inflated numbers of COVID cases, hospitalizations, and deaths.”

Harvard epidemiologist Dr. Michael Mina told The New York Times in August 2020 that tests with too high of a threshold may detect not just live viruses but also genetic fragments. Mina suggested setting the cut-off at 30 cycles or less.

Thatcher expressed concern over the cycle threshold of 28 when testing vaccinated individuals. According to the petition, a low cut-off is likely to “eliminate false positive results and thereby reduce the number of vaccine ‘breakthrough’ cases.”

Thatcher and Linthicum said that they consulted large groups of doctors, epidemiologists, and virologists on the subject of COVID-19 statistical reporting.

“Additionally, we are profoundly concerned that the scientific literature continues to provide empirical evidence that safe and effective treatments and management strategies for COVID infections exist but are not being made available to Americans most in need,” continued the letter.

Stand for Health Freedom (SHF), a non-profit organization that helped with the petition, said in a statement that the petition was submitted one month before public release to “protect those involved.”

SHF also cited a March 2020 study (pdf) alleging that the CDC over-emphasized COVID-19 as the cause of death in compiling its statistics while “circumvent[ing] multiple federal laws” in the process.

Published in Coronavirus, Health News, Statistics and US News