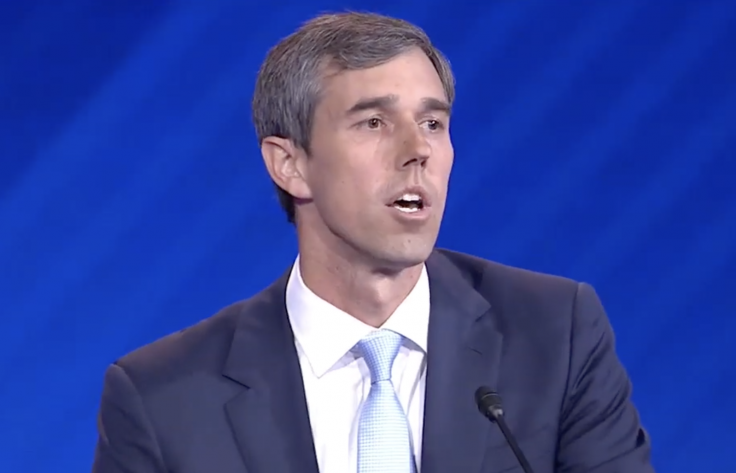 Former Rep. Beto O’Rourke (D., Texas) said at Thursday’s debate that “hell yes” he was going to seize AR-15s and AK-47s, the most popular rifles in America, from their owners if he became president.

O’Rourke has embraced a more radical gun control proposal than some of his fellow 2020 presidential candidates, supporting a mandatory buyback program for “assault weapons,” the definition of which varies from state to state but is often used by politicians to refer to semi-automatic rifles like the AR-15 and AK-47.

ABC News moderator David Muir noted critics of O’Rourke’s policy called it “confiscation” and asked him how it would work. O’Rourke said he was serious about seizing any weapon designed to kill people on a battlefield.

“Hell yes, we’re going to take your AR-15, your AK-47,” he said. “We’re not going to allow it to be used against our fellow Americans anymore.”

He recently met with gun owners at a gun show, who he said were willing to part with such weapons because they weren’t necessary to hunt.

“Let’s do the right thing, but let’s bring everyone in America into the conversation,” O’Rourke said. “Republicans, Democrats, gun-owners, and non-gun owners alike.”