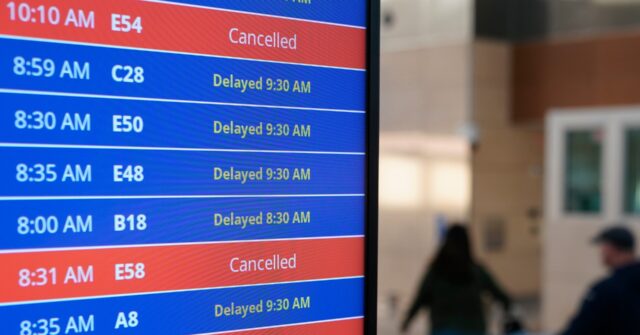 Thousands of flights have been delayed or cancelled following a mass system failure grounded commercial U.S.…

Thousands of flights have been delayed or cancelled following a mass system failure grounded commercial U.S. flights Wednesday morning, according to data from Flight Aware.

The Federal Aviation Administration (FAA) announced early Wednesday morning that it had experienced a Notice to Air Missions System outage, prompting the agency to temporarily halt all domestic departures until 9 a.m. ET. At the time, the FAA clarified that flights currently in the sky were, indeed, safe to land, as pilots check the NOTAM system before taking off.

“A Notice to Air Missions alerts pilots about closed runways, equipment outages, and other potential hazards along a flight route or at a location that could affect the flight,” the FAA explained, continuing to report its progress throughout the morning.

Published in Business, Political News, Technology and US News