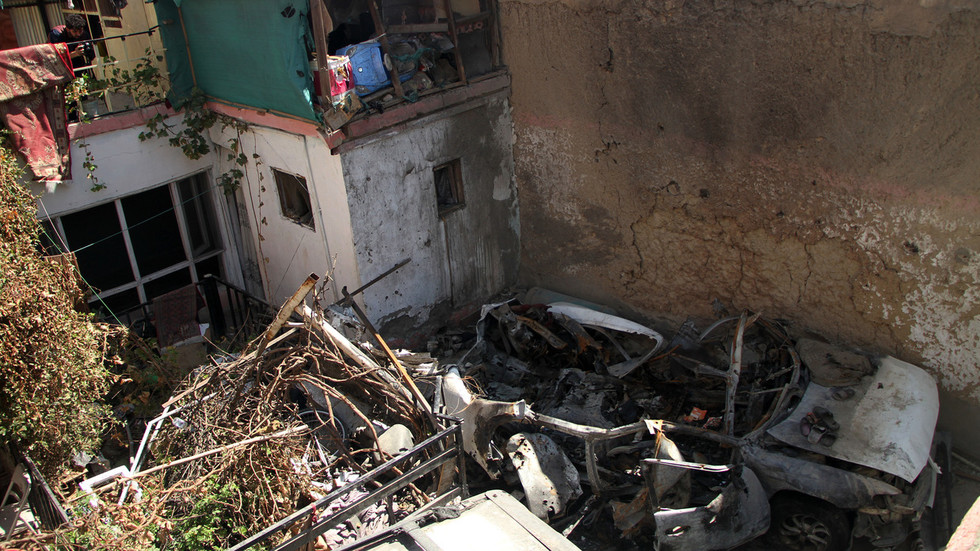 The US military is offering “condolence payments” to a family in Afghanistan after a badly planned drone strike killed 10 civilians, including seven children, in the country’s capital in August, though did not provide any numbers.

The offer was raised during a virtual meeting between Under Secretary of Defense for Policy Colin Kahl and Dr. Steven Kwon, who employed one of the Akhmadis killed in the strike at his US-based aid organization, Nutrition & Education International, long active in Afghanistan.

“Kahl noted that the strike was a tragic mistake and that Mr. Zemari Akhmadi and others who were killed were innocent victims who bore no blame and were not affiliated with ISIS-K or threats to US forces,” Kirby went on.

The statement, from @PentagonPresSec does not mention any amounts for the ex gratia condolence payments for the civilians killed

re last US drone strike in #Afghanistan pic.twitter.com/D6LKMRbtuF

The Pentagon initially deemed the strike a success, claiming to have killed an Islamic State militant planning attacks on American troops in Kabul, with Chairman of the Joint Chiefs of Staff Mark Milley even calling it “righteous.” However, thanks in large part to a New York Times investigation that raised serious questions about the military’s narrative about the drone strike, officials were soon forced to admit the operation failed to take a single terrorist off the battlefield and instead massacred an innocent family.

The misidentified main target of the attack, Zemari Akhmadi, was employed as an aid worker with Nutrition & Education International for years, the Times investigation revealed. He was killed as he pulled into his driveway outside his home, with the Pentagon originally claiming he was seen loading explosives into the vehicle earlier in the day. The Times, however, obtained security footage showing Akhmadi loading jugs of water into his vehicle, suggesting the military may have mistaken them for bombs.

Among the youngest of the victims were Malika Akhmadi and Sumaya Yousoufi, both two years old, who were reportedly gathered with family at the Kabul home for a celebration.

“They say ISIS-K lived in this house. In this house, were these children members of Islamic State?” Sumaya’s father, Jamshid Yousoufi, said in an interview with RT last month.

Malika’s dad, Emal, also recalled his last time seeing his daughter in another sit-down with RT. “On the morning of the bombing, she came and kissed me, and said: ‘Good morning, Father.’ It was our last meeting. I will never see her again,” he said, adding that no amount of money could possibly make up for his family’s loss.

No one can compensate us. If you give us all the money in the world, it will not be enough. It’s not possible. They can’t compensate for the murder of a child, and there is no remedy for this loss.

While the Pentagon was more or less compelled to admit the August 29 operation was a failure – the last officially acknowledged strike in the longest war in American history – it follows countless similar incidents throughout the conflict. Though the Pentagon had long been opaque with its casualty reporting, last year it issued a first-of-its-kind report to Congress outlining other condolence payments made in 2019. During that year, 65 payments were made in Afghanistan, six in Iraq and none anywhere else.

The military did not disclose the amounts it would pay out to the Akhmadi family. However, previous condolence payments have been criticized as paltry in the past, with relatives of victims in one strike in Kunduz in 2015 receiving just $6,000. Civilians wounded in the same operation were paid $3,000.

“The money is obviously not enough compared to the life of my daughter,” said Abdul Ghadir, who was compensated $6,000 after his 12-year-old girl was killed in the Kunduz strike.

I had no other choice but to accept what they gave me.

Published in Endless Wars, Terrorism, US News and World News