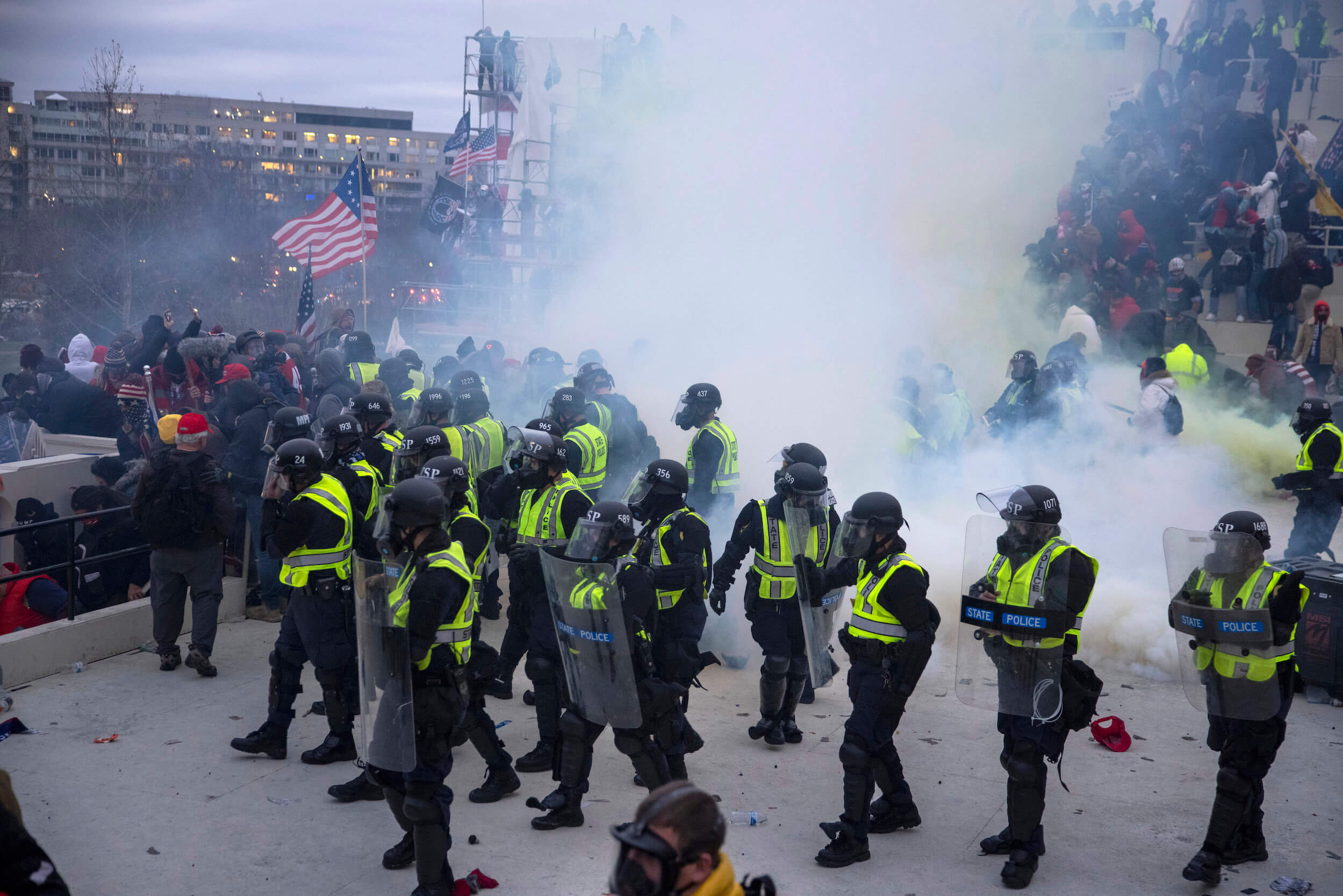 Newly released evidence proves police officers were gassed by “friendly fire” on January 6, 2021.
Did that include Brian Sicknick?

A New Jersey man will be sentenced on Friday for his participation in the events of January 6, 2021. Julian Khater, 33, faces up to eight years in prison for allegedly using pepper spray against three police officers, including the late Brian Sicknick, that afternoon.

Khater and his friend, George Tanios, were arrested in March 2021 in connection with the alleged assault. After spending more than 18 months in a fetid D.C. jail under pretrial detention orders—Judge Thomas Hogan repeatedly denied attempts by his family to post bail—Khater pleaded guilty to assaulting police officers with a dangerous weapon. (Tanios rejected numerous plea offers on the same charges; prosecutors finally dropped the assault counts, and he pleaded guilty to two misdemeanors.)

The Justice Department’s case was flimsy from the start, which I explained shortly after the pair’s arrest. Khater and Tanios are nothing more than human props to sustain arguably the biggest falsehood related to January 6—that Capitol Police Officer Brian Sicknick was killed in the line of duty. Even though a coroner concluded Sicknick died of two strokes caused by a blood clot near his brain, his death is still shamefully exploited by everyone from Joe Biden to congressional Democrats and even Sicknick’s own loved ones.