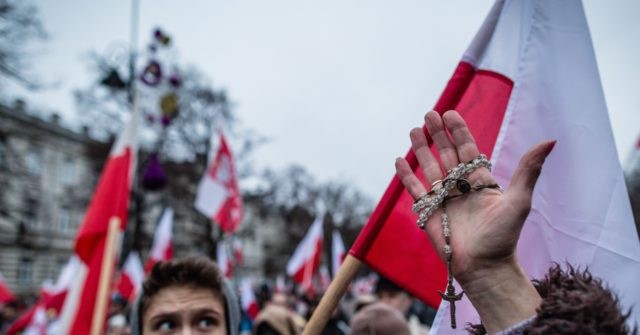 Poland’s Minister of Justice has said the European Court of Human Rights “violates the sovereignty of Poland” after it attempted to overturn the country’s court reforms.

While the European Court of Human Rights is technically not a European Union institution — Britain remains subject to it despite Brexit, for example — the European Union does require new member-states to submit to its jurisdiction, leading to something of symbiotic if semi-detached relationship between the court and the political bloc.

Like the European Union’s European Court of Justice (ECJ), the European Court of Human Rights (ECtHR) has issued rulings attempting to thwart efforts by Poland’s national conservative government to reform the country’s judiciary, which it sees as a nepotistic hangover from the former communist dictatorship.

Zbigniew Ziobro, the Minister of Justice and Public Prosecutor General, and the key figure in the United Poland party which governs as the junior partner of the Law and Justice Party (PiS), seems ready to square off against the supranational court over the reforms, however.

“The judgment of the European Court of Human Rights, which undermined the legality of judges appointed to the Polish Constitutional Tribunal… violates the sovereignty of Poland,” said a statement from the Public Prosecutor’s Office quoted by the Reuters news agency.

“Such interference by international bodies in the model of the domestic constitutional judiciary risks legal chaos,” the statement warned.

In an effort to remedy this situation, Ziobro is turning to Poland’s Constitutional Tribunal, asking its judges to issue a ruling as to whether or not the article of the European Convention on Human Rights being used by the ECtHR to involve itself in Poland’s internal affairs is at odds with the Polish constitution.

Constitutional Tribunal judge Stanisław Piotrowicz has already ruled that a judgement of the European Court of Justice seeking to essentially veto Poland’s court reforms should be ignored as incompatible with the Polish constitution — a potentially explosive decision, given the EU establishment’s insistence that EU law and EU judges trump national law.

“This is about politics, because Poland is the country with the strongest conservative government in the EU which stands for Christian values,” Deputy Justice Minister Sebastian Kaleta told Breitbart London when asked why the European establishment is so dead-set against his government’s court reforms, which he suggested are “the same as… in Spain [and] Spain isn’t under any proceedings.”

The EU has appeared to be at pains to make an example of the Polish government — and the allied government of Prime Minister Viktor Orbán in Hungary — since it was first elected in 2015, and immediately announced it would not be implementing the compulsory migrant redistribution quotas which Brussels was attempting to impose on all EU member-states after Germany’s Angela Merkel realised her country could not cope with the overwhelming number of migrants she had effectively invited into the continent unilaterally.

“No one will impose a social catastrophe on us just because we are receiving EU funds,” Law and Justice chief Jarosław Kaczyński declared in 2017 as the EU was still attempting to make Poland submit to the migrant quotas.

On the ECJ ruling against Poland’s court reforms, the unelected European Commission which serves as the EU’s executive has told the Polish government it must submit to it by August 16th, or it will pursue punishing financial sanctions.

Poland's new Prime Minister explains precisely why it is so important his nation reforms their Communist-era hangover judiciary https://t.co/7WDQz1T7ZK