Poll: Majority of Americans Say They Are ‘Personally’ Affected by Supply Chain Shortages 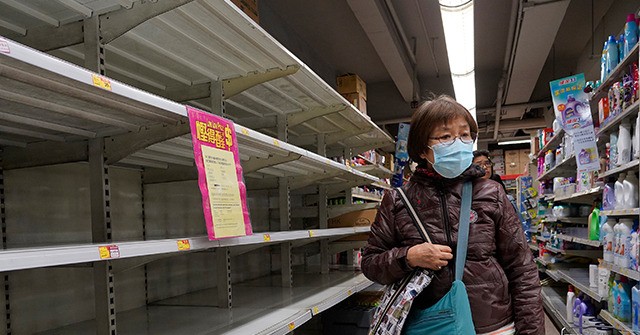 Most Americans say they have been “personally” affected by supply chain shortages when attempting to buy basic consumer goods, a Convention of States Action/Trafalgar Group survey released Wednesday found.

They survey asked respondents, “Are you personally encountering delays or shortages when attempting to purchase common consumer products?”

Overall, 53.7 percent said they are, while just over one-third, 35.8 percent, said they are not. Another 10.5 percent remain unsure.

Notably, a plurality of Democrats, 48.3 percent, claim they are not personally encountering issues, while 42.4 percent contend they are. However, 67.7 percent of Republicans and 50.6 percent of independent voters say they are experiencing shortages or delays.

It follows the continuing supply chain crisis as cargo ships remain backed up, unable to dock and unload off the U.S. Coast. Transportation Secretary Pete Buttigieg (D) has come under tremendous fire over his absence, and it was revealed last week that he has been on paid maternity leave since mid-August after he and his husband adopted twins. A Rasmussen Reports survey released Tuesday showed the Biden official with a favorability rating of just 37 percent.

Meanwhile, Florida Gov. Ron DeSantis (R) has offered Florida ports as a potential solution to the mounting supply chain crisis, announcing on Tuesday that the Sunshine State’s ports are open, offering incentives for businesses to move their cargo through.

“We in Florida have the ability to help alleviate these log jams and help to ameliorate the problems with the supply chain,” DeSantis said during a press conference at JAXPORT on Tuesday, noting that Florida has been committed to reliable, modern, accessible port facilities since he became governor.

“Florida’s here. We got capacity, and we’ve also got incentive packages to make it worth your while to be able to bring your business to our ports,” he added.

Published in Financial News, Health News, US Economy, US News and World News