POLLS: Kamala Harris May be Most Unpopular VP Ever 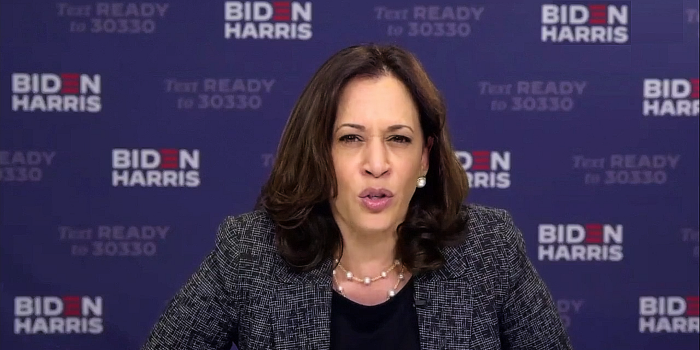 POLLS: Kamala Harris May be Most Unpopular VP Ever - Headline USA

‘Biden has given her some very tough assignments—immigration and voting rights—but she hasn’t helped herself, she’s made some mistakes, like not going to the border…’

Vice President Kamala Harris may be the most unpopular veep in United States history as the corporate media’s own polls, which favor Democrats, show that most Americans unfavorably view her, the Telegraph reported.

Two polls reveal an underwater approval rating, with only 46% of Americans approving of her performance in office. The same polls show that 47 and 48% of Americans disapprove.

Harris performs worse among the 18- to 29-year-old demographic, where she has 36% favorability rating and 41% unfavorability.

Numerous reports have claimed that the White House has tried to sideline or outright sabotage Harris by attaching her name to Biden’s open-border crisis, relegating her to the outskirts at public events, and sending her on overseas trips.

She will travel to Vietnam in August and become the first vice president to make the trip.

The White House has already announced that Harris will not have a broad mission leading up to the 2022 midterm elections. Instead, she will have a few campaign stops in safe areas with little chance to further alienate voters.

Although Harris ostensibly led the response to ongoing the US-Mexico border crisis, she will not campaign in Arizona, where Sen. Mark Kelly, D-Ariz., faces a tough reelection.

Harris never traveled to the border and repeatedly scoffed at the suggestion.

Larry Sabato, director of the University of Virginia’s Center for Politics, attributed her unpopularity to a mixture of unforced errors and Biden giving her high-pressure, high publicity roles.

“Biden has given her some very tough assignments—immigration and voting rights—but she hasn’t helped herself, she’s made some mistakes, like not going to the border,” he said.

George H.W. Bush’s second-in-command, former Vice President Dan Quayle, had a 43% approval rating, but only 22% disapproved of him.