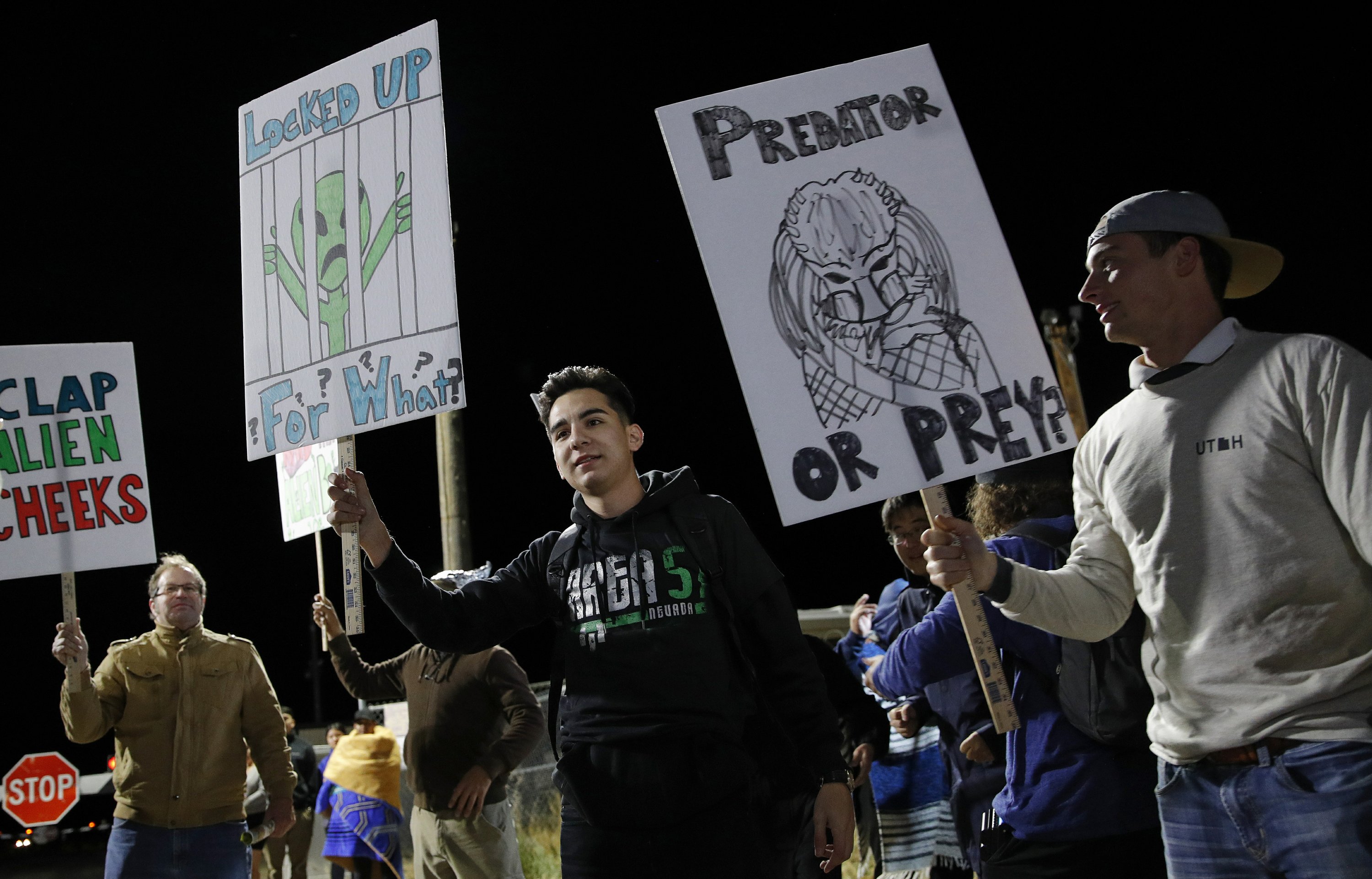 LAS VEGAS (AP) — Visitors descending on the remote Nevada desert for “Storm Area 51” are from Earth, not outer space.

No one knows what to expect, but the two tiny towns of Rachel and Hiko near the once-secret military research site are preparing for an influx of people over the next few days.

“It’s happening. We already have people from all over the world,” Little A’Le’Inn proprietor Connie West said Wednesday from her bustling cafe and motel, where volunteers have arrived from Poland, Scotland, Australia, Florida, Idaho and Oklahoma.

Neighbors, elected officials and event organizers said the craze sparked by an internet joke inviting people to “see them aliens” might become a cultural marker, a monumental dud or something in between.