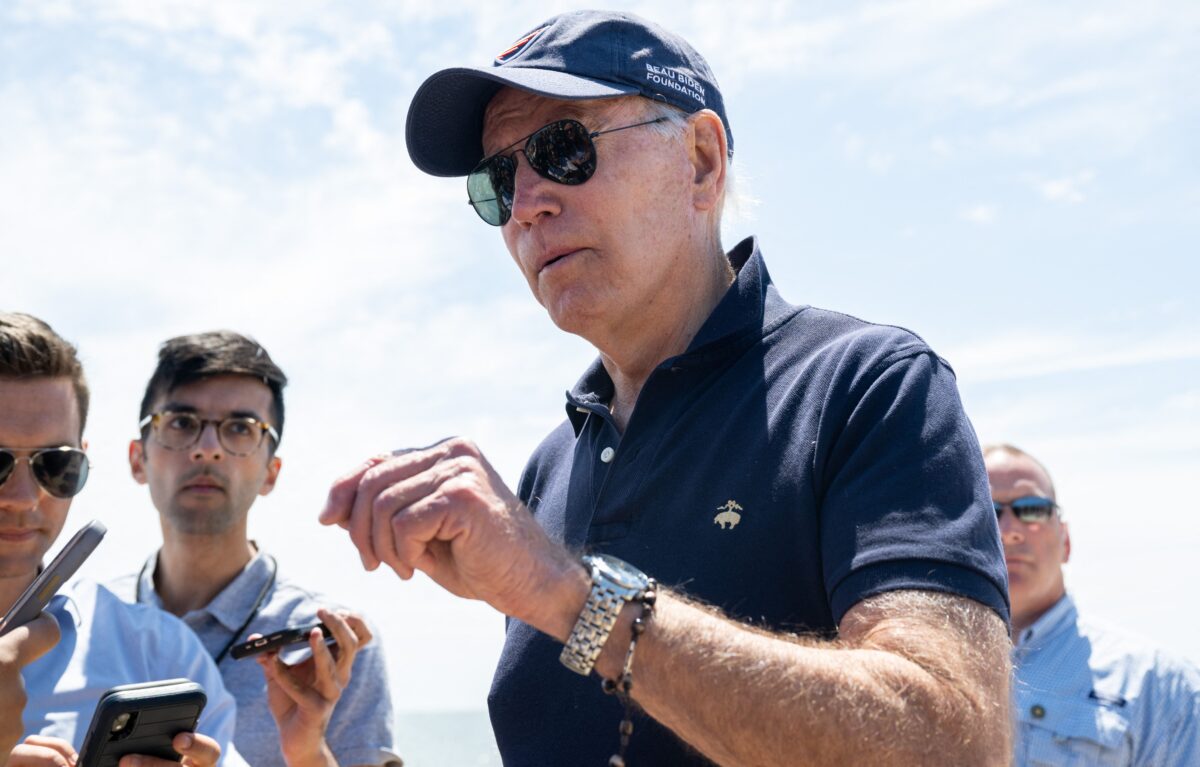 President Joe Biden’s day at the beach briefly turned into a confrontation when a reporter asked him about the likelihood of an imminent economic recession, causing the President to react negatively and accuse the journalist of sounding “like a Republican politician.”

Biden was confronted by reporters at his vacation home near Rehobeth Beach, Delaware, on Tuesday. Initially, the interaction was cordial. When asked by the reporter whether he was confident that Ukraine would become an EU member, Biden responded affirmatively, then quipped, “that’s my press secretary’s daughter.”

However, the interaction quickly turned hostile when the President was asked about the growing likelihood of an economic recession, causing Biden to become incensed…

Published in Biden, Financial News, Opinion, Political News, US Economy and US News