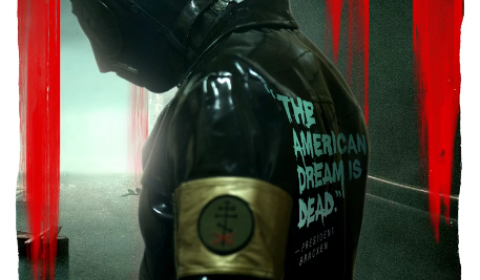 A cold-blooded killer dons an ominous full-face leather mask, a black leather jacket, and a…

“One of the common threads of any genocide is its justification. In order to be able to execute it on a mass scale, a lot of people have to buy into it and agree that it’s the appropriate thing to do. And so any genocide begins with the dehumanization process.”

A cold-blooded killer dons an ominous full-face leather mask, a black leather jacket, and a Nazi-style armband bearing a three-bar Russian Orthodox cross. This is what a true terrorist looks like, according to the official Facebook page for the film, The First Purge: allegiance.

An old Russian Orthodox priest gathers his gold embroidered robes about him and utters a sermon that contains a secret code designed to activate Russian sleeper cells living covertly in the United States, thus setting off a perilous chain of events on both sides of the Atlantic. This is a key part of the plot in the film, Jack Ryan: Shadow Recruit.