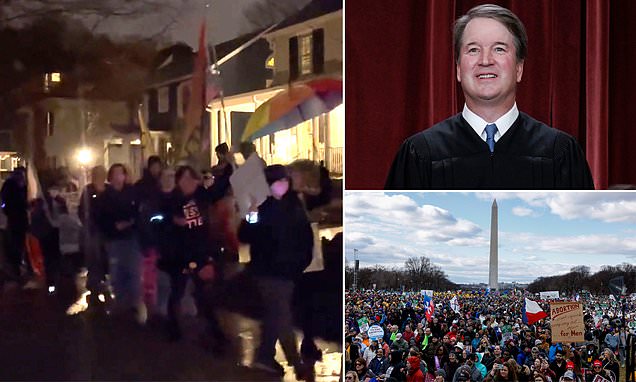 Pro-abortion protesters gathered outside Supreme Court Justice Brett Kavanaugh’s home to disrupt his evening on the 50th anniversary of Roe v. Wade, which fell seven months after the ruling to overturn the landmark decision.

A video of what appeared to be about a dozen protesters wielding signs in the rain outside Kavanaugh’s home on Sunday was posted by Daily Signal reporter Mary Margaret Olohan.

Published in Political News, Riots/Protests, US News and World News