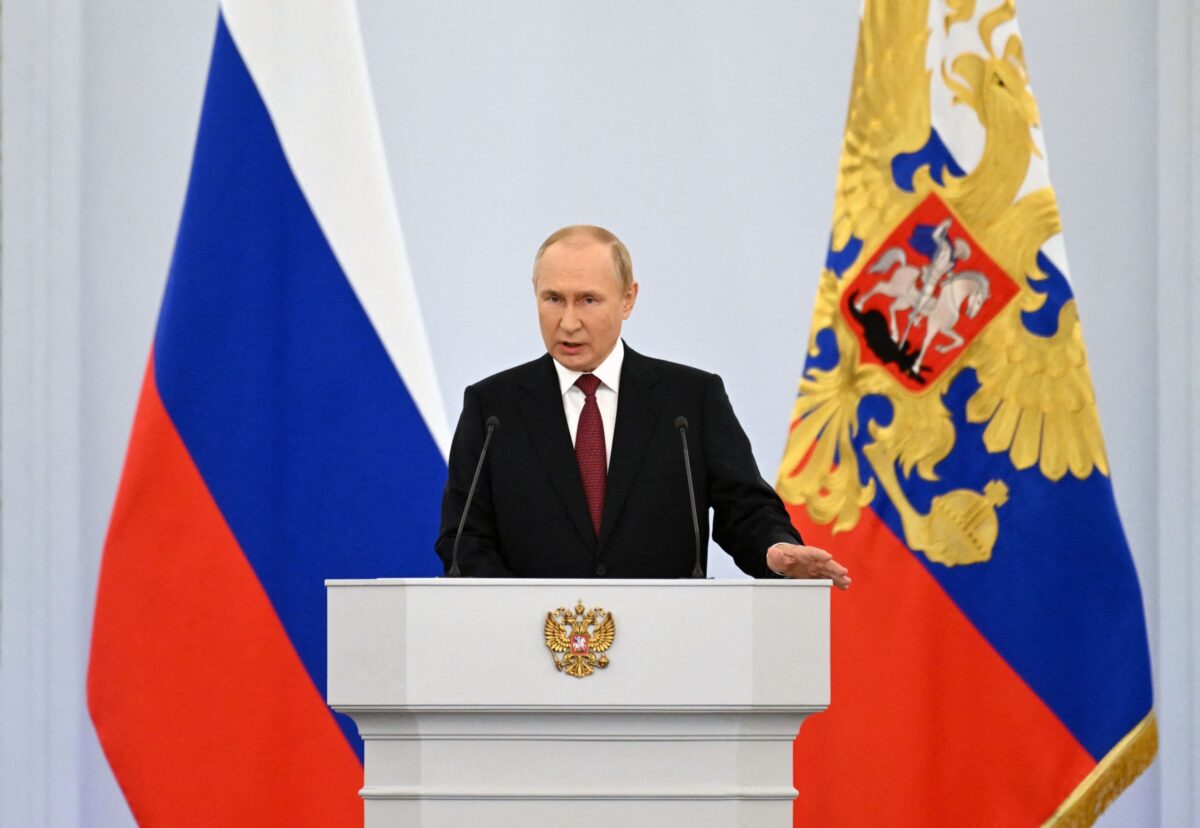 Russian President Vladimir Putin on Friday signed a decree that will annex four Ukrainian territories into the Russian Federation in a move that was condemned by Western powers.

The order will impact the disputed regions of Donetsk, Luhansk, Kherson, and Zaporizhzhia. Starting about a week ago, residents of those areas signed referendums, although U.S. and European Union officials claimed it was a sham.

“You know that referendums have taken place,” Putin said Friday at a ceremony in the Kremlin, according to state-run media. “The results have been calculated. The results are known. People have made their choice, an unequivocal choice.”