Report: AG Barr Is Ramping Up His Probe Of CIA, FBI Activities In 2016 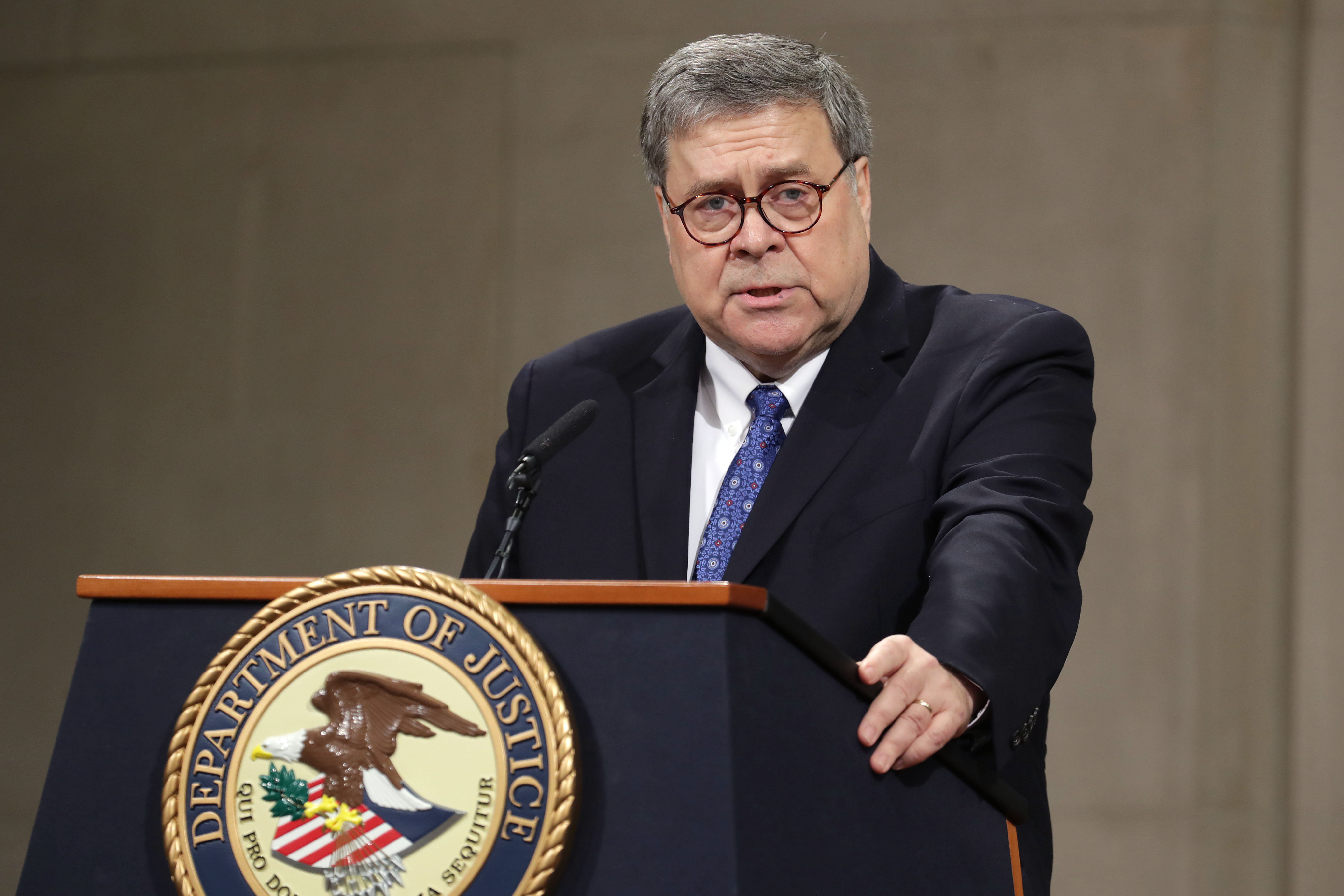 Report: AG Barr Is Ramping Up His Probe Of CIA, FBI Activities In 2016

Attorney General William Barr has met with foreign intelligence officials, including during a trip to…

Attorney General William Barr has met with foreign intelligence officials, including during a trip to Italy earlier in September, regarding an investigation into surveillance activities against the Trump campaign, The Washington Post reported.

Barr was joined in the meeting by John Durham, the U.S. attorney in Connecticut, WaPo reported, citing anonymous sources familiar with the matter.

“As the Department of Justice has previously announced, a team led by U.S. Attorney John Durham is investigating the origins of the U.S. counterintelligence probe of the Trump 2016 presidential campaign,” department spokeswoman Kerri Kupec told Politico in a statement. “Mr. Durham is gathering information from numerous sources, including a number of foreign countries. At Attorney General Barr’s request, the President has contacted other countries to ask them to introduce the Attorney General and Mr. Durham to appropriate officials.”

President Donald Trump said May 24 he hoped Barr would reach out to British and Australian officials as part of the investigation.

Barr took up the probe after the end of the special counsel’s investigation, which failed to establish that the Trump campaign conspired with Russia to influence the 2016 election. The special counsel also said there was no evidence that Trump associates acted as agents of Russia.

Barr has already made requests of British intelligence officials, according to WaPo. The Associated Press also reported that Trump asked Australian Prime Minister Scott Morrison to work with Barr on the investigation. A Justice Department official told the AP that Barr asked Trump to make the request of Morrison.

The Australian government provided the tip in July 2016 that led the FBI to open the counterintelligence investigation into the Trump campaign.

The tip came from Alexander Downer, an Australian diplomat who met in London on May 10, 2016, with Trump aide George Papadopoulos. Downer said in a memo he wrote after that meeting that Papadopoulos said Russia might help the Trump campaign during the election.

Papadopoulos denied making the remarks and has accused Downer of working for Western intelligence agencies to collect information from him. Downer has denied the allegation.

Ten days before that meeting, Papadopoulos met with Joseph Mifsud, a Maltese professor who has ties to Italy. Papadopoulos said that Mifsud told him during the meeting, also in London, that Russia had “dirt” on Hillary Clinton in the form of “thousands” of her emails.

Papadopoulos has denied handling any Clinton emails or telling anyone on the Trump campaign about Mifsud’s remarks. He has never been accused of working with Russians, though he did plead guilty Oct. 30, 2017, of lying to the FBI about the timeline of his contacts with Mifsud.

Papadopoulos also said Mifsud was working with Western intelligence. Mifsud has not been seen in public since just after Papadopoulos took his plea deal, and has reportedly been living in Italy in hiding.

Barr and Durham have inquired about Mifsud, according to WaPo.

Stefan Halper, an alleged FBI informant, also operated on British soil as part of the Trump-Russia probe. He met with Trump adviser Carter Page at Cambridge on July 10, 2016. The pair remained in contact for over a year. Halper also invited Papadopoulos to London in September 2016. He lured the Trump aide to the U.K. under the guise of writing a policy paper for $3,000.

Halper introduced Papadopoulos to his purported assistant, Azra Turk. Turk was actually a government investigator, and that British authorities okayed the operation against Papadopoulos, The New York Times reported.

Content created by The Daily Caller News Foundation is available without charge to any eligible news publisher that can provide a large audience. For licensing opportunities of our original content, please contact licensing@dailycallernewsfoundation.org.