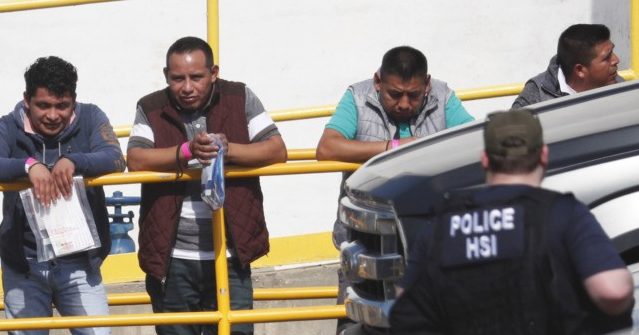 Illegal workers fled a number of Georgia food processing plants this past week after highly-publicized raids by the Immigration and Customs Enforcement (ICE) agency at five Mississippi plants.

This month, ICE agents conducted the largest workplace raid in more than a decade across five food processing plants in Mississippi, netting the arrests of 680 illegal aliens. That same day, though, ICE officials said they released about 300 of the illegal workers back into the U.S. on “humanitarian grounds.” More than 200 of the illegal workers had prior criminal records and a federal criminal investigation is expected to result in convictions of the employers at the plants. The raids have already resulted in job fairs at some of the plants seeking to hire locals.

Those ICE raids, according to reports compiled by the Atlanta Journal-Constitution (AJC), spurred illegal workers in Hall County, Georgia — where numerous food processing plants are located — to flee their jobs in fear that they could be arrested for illegally working in the country.