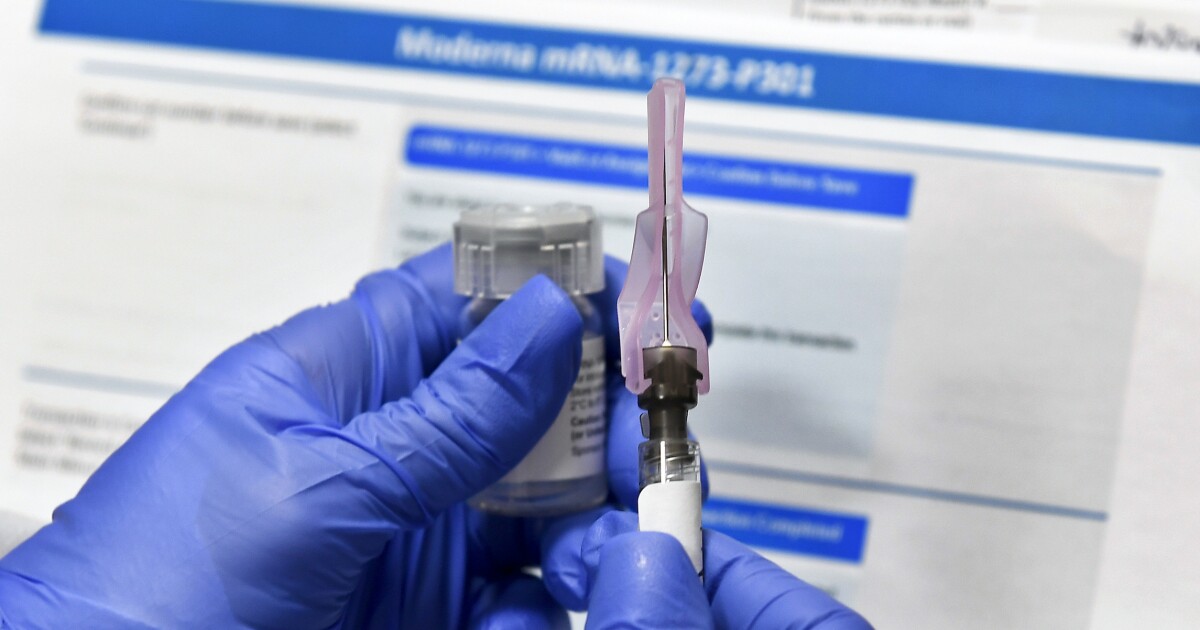 Republican governors and state officials are preparing for a legal battle with the Biden administration over a mask mandate they say the federal government has no authority to issue but that its supporters say has precedent in immunization requirements for attending schools, joining the military, and other contexts.

At least a dozen Republican governors have already criticized the mandate as an overreach by President Joe Biden, and many have vowed to file a lawsuit against the requirements once the Biden administration puts it into effect.

Biden said Friday he had asked the Occupational Safety and Health Administration to draft a rule forcing companies with more than 100 employees to require proof of vaccination or weekly COVID-19 tests. Administration officials said companies would face fines of up to nearly $14,000 per violation — although White House press secretary Jen Psaki dodged several questions about how the mandate will be enforced.

A Republican from one of the states vowing legal action told the Washington Examiner that conversations are continuing among governors and state attorneys general who plan to file lawsuits against the vaccine mandates.

But no legal challenge can come together until the Biden administration puts forward its rules, which it has not yet done, the official noted. Biden announced last week that he had instructed the Department of Labor to develop the requirement, and White House Coronavirus Response Coordinator Jeff Zients told reporters on Friday that the rule would be developed within “the coming weeks,” offering no specifics on the timeline.

Republican Gov. Mike Parson of Missouri accused Biden on Friday of announcing the mandate in order to distract from the Afghanistan withdrawal crisis.

“Missouri will not be a pawn in this publicity stunt that seeks to force Missourians to disclose private health care decisions and dictate private business operations,” Parson said in a statement .

Supporters of the president’s approach argue that precedent is on Biden’s side when it comes to requiring vaccines as a condition of employment. Many have cited a 1905 case involving a Massachusetts vaccine requirement, which the Supreme Court upheld, as well as the unchallenged notion that schools, even in states where Republican governors are vociferously opposed to the vaccine mandate, can require children to receive certain immunizations for admission.

In Florida, for example, children must receive multiple doses of at least half a dozen vaccines before they can enroll in any Sunshine State school.

But whether the federal government, rather than the state, can issue a mandate via regulation is a less clear question.

“States and cities have issued mandates, but these are the most sweeping federal requirements,” Lawrence Gostin, a public health law expert at Georgetown University, told the Washington Examiner. “Still, I think they are entirely lawful and justified.”

Gostin said vaccine requirements in schools, cited heavily by proponents of the Biden proposal, are “entirely different” from the forthcoming workplace mandate.

“Those precedents apply to cities and states but clearly not to the federal government,” Gostin said.

OSHA officials may use their emergency authority to circumvent the often lengthy rulemaking process for Biden’s mandate, but that may allow the initial rule to stand for just six months, according to the National Law Review .

In its history, OSHA has used that authority, known as Emergency Temporary Standard, just 10 times, and courts have fully or partially overturned the resulting rules in five of those cases, according to the Congressional Research Service .

“The [Occupational Safety and Health Act] grants the president wide powers to set evidence-based safety rules in the workplace,” Gostin said. “OSHA can and will enforce it now and into the future.”

The legal showdowns over vaccine mandates could also provide high-profile platforms for Republicans running statewide, or aiming even higher, in places where the mandates are unpopular.

Missouri Attorney General Eric Schmitt, for example, warned Biden he would “see you in court” after the president announced the new requirements and called the mandate “unlawful and historic in its overreach.” Schmitt is running in the state’s open GOP Senate primary.

Kansas Attorney General Derek Schmidt, a Republican, vowed to challenge the vaccine mandate “vigorously” in a statement . Schmidt is running to take on Democratic Gov. Laura Kelly next year.

Republican state leaders have already pitted their public health authority over the federal government’s recommendations on other issues, with mixed results in court.

For example, in Florida, Gov. Ron DeSantis has so far prevailed in his efforts to ban mask mandates in the classroom amid several legal challenges. Some Florida parents are pushing for the case to accelerate to the Supreme Court.

Published in Biden, Coronavirus, Crime, Health News and US News