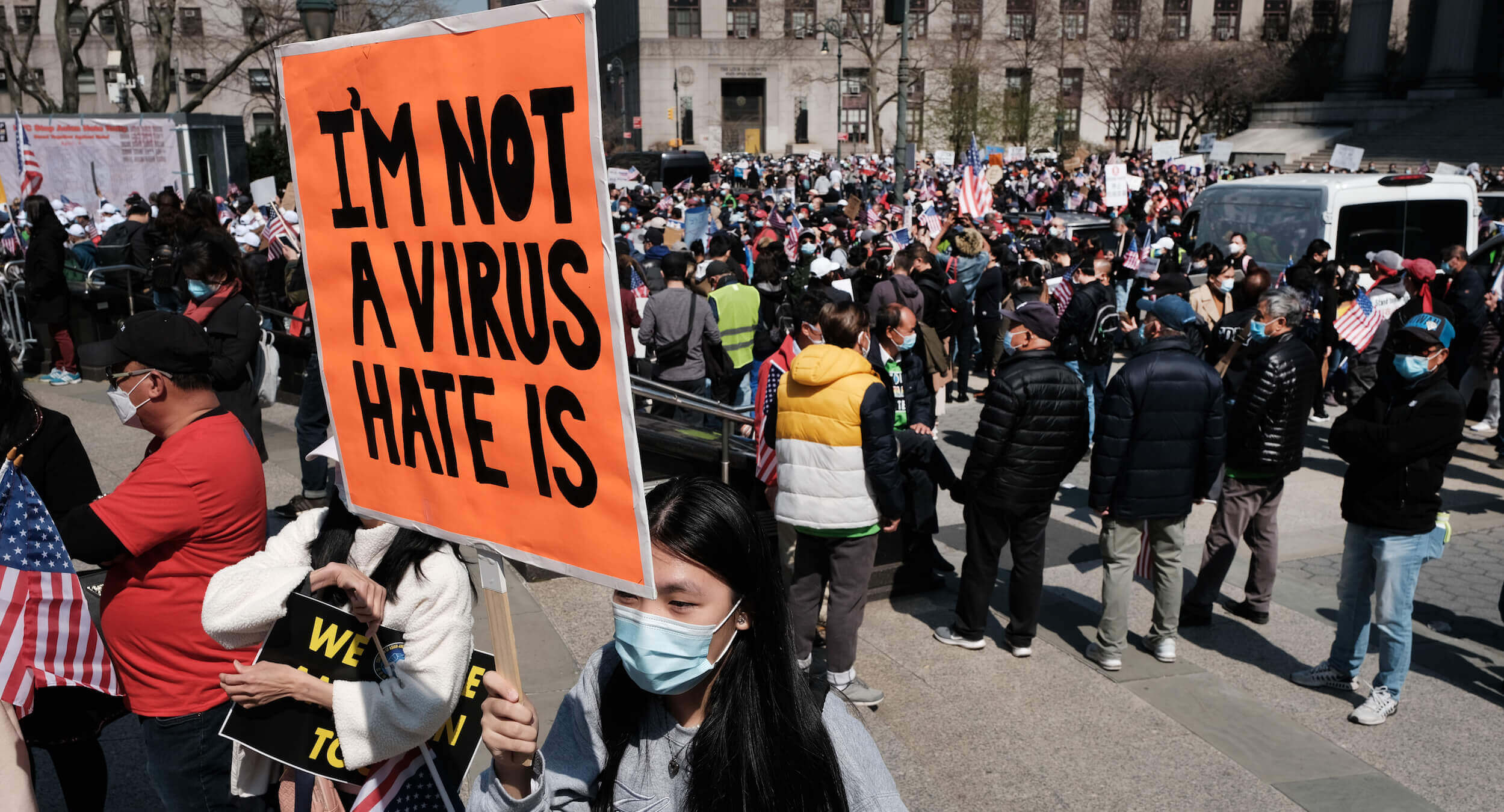 Per CNN, “The Senate passed with a wide bipartisan majority Thursday a bill denouncing discrimination…

This nation wasn’t built by cowards. But Senate Republicans are showing their cowardice every day.

Per CNN, “The Senate passed with a wide bipartisan majority Thursday a bill denouncing discrimination against Asian communities in the United States.” I’m neither surprised by the inept CNN writer’s poorly constructed opening sentence nor by the latest Democratic Party virtue-signaling extravaganza. I am, however, deeply perturbed by the near-unanimous Republican support of this pathetic bill.

Ten white people were murdered in Boulder, Colorado by a Syrian immigrant. Where is the anti-white hate crime bill? Why not just pass an anti-hate bill that condemns hate against anyone? That would be stupid and redundant, of course, just like the stupid bill Republicans just helped to pass.

This anti-Asian hate bill isn’t about anti-Asian hate. The false narrative of the Democratic Party has long been that Republicans and Donald Trump are responsible for a rise in reported hate crimes against Asian Americans. The Democrats have alleged that calling COVID-19 the “Chinese Virus” or “Wuhan Virus”—a virus that originated in Wuhan, China—is hate speech inciting violence. How about the Spanish flu? Is that also hate speech? Are German Americans at risk if we mention the Holocaust? Are Democrats at risk of hate crimes if we remind Americans that they are the party of slavery?

The virtue-signaling bill is simply the latest Marxist strategy employed by the Democratic Party to sow division, condemn the Republicans and Trump for causing an alleged new problem, and to present Democrats as the champions of the Asian American community.

I have a serious question: How stupid is the Senate GOP?

Perhaps Senate Republicans were asleep, or busy stabbing Trump in the back, when Joe Biden signed an executive order in late January “directing federal agencies to combat the resurgence of xenophobia, particularly against Asian Americans and Pacific Islanders.” The directive banned using terms such as “China virus” and “Wuhan virus.”

Congratulations, Senate Republicans. You just condemned yourselves by accepting another false premise of the Left.

America as we know it is facing extinction. The Democratic Party is consolidating power and intentionally bringing about the ruin of this nation—flooding the country with illegal aliens, stoking racism, encouraging mob rule, seeking to end free and fair elections, and taxing what remains of the middle class into oblivion after a year of abuse in the name of the Wuhan flu. The unalienable rights of American citizens are being seized as the Democratic Party violates the Constitution and reverses the constitutional role of the citizen—from citizen-as-master and government-as-servant to citizen-as-servant and government-as-master.

There is nothing virtuous, heroic, or admirable about the Senate Republicans’ near-unanimous support of this phony bill. Appeasement was the strategy of Neville Chamberlain. We don’t need appeasement, we need Winston Churchill.

Will the Senate Republicans cave on “common-sense gun control?” How about amnesty? Will they cave on H.R. 1? After all, the H.R. 1 is called the “For the People Act.” Will they cower because they fear being labeled “against the people?” How about court-packing?

For “we the people,” the “Anti-Asian Hate bill” test was about much more than anti-Asian hate. It was a test of Republican courage and the Senate Republicans failed.

It shouldn’t take a layman like me to explain what is at stake, identify the strategy of the Left, and to beg the Republican Party to stand up for the American people. If the Senate Republicans aren’t willing to fight, then get out of office. Now is the time for courage and defiance, not cowardice and compliance. Stand up for America. This nation wasn’t built by cowards. Senate Republicans are spitting on the graves of all Americans who gave their lives to secure the fundamental blessings of liberty for us.

Published in China, Law, Political News and US News