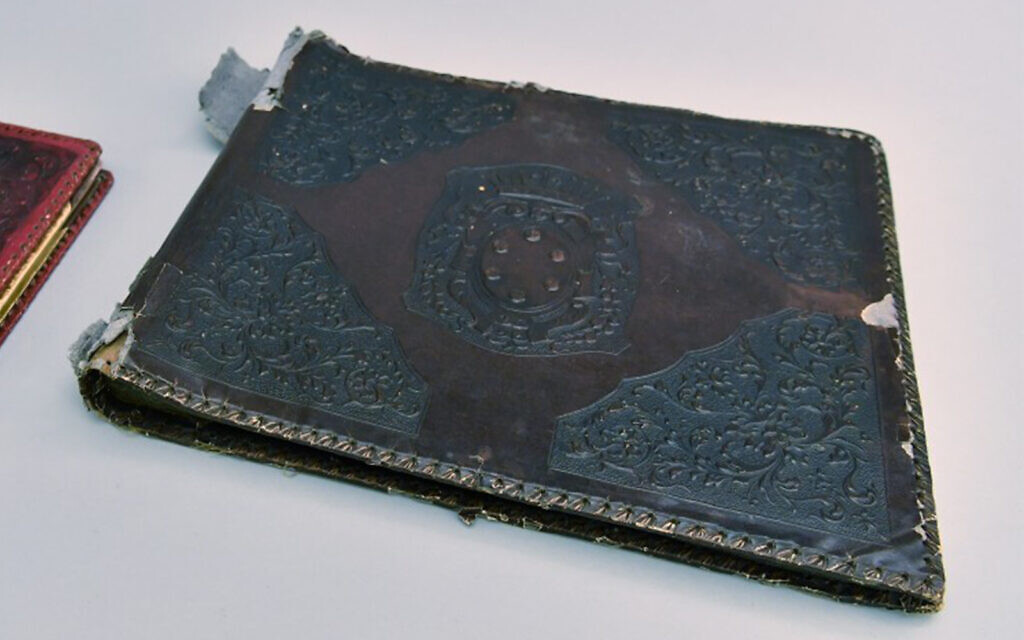 Researchers at the Auschwitz-Birkenau Memorial and Museum said they have found a Nazi photo album with a cover made of human skin.

The album was likely made at the Buchenwald concentration camp in Germany, the museum said.

The museum determined the album cover was made of skin by comparing it in a laboratory to a similar object in its collection. It first announced the find in January.

“The research suggests that it is very likely that both dust jackets, owing to their technology and composition, came from the same bookbinding workshop,” said Elżbieta Cajzer, head of the Auschwitz Museum Collections.

“The use of human skin as a production material is directly associated with the figure of Ilse Koch, who, along with her husband, has disgracefully inscribed her name in history as the murderer from the camp in Buchenwald,” Cajzer said.

The album was made to hold over 100 photographs and postcards. Most of the images depict landscapes.

The album belonged to a Bavarian family that owned a guest house in a resort town during World War II and was likely gifted to the family by a staffer at Buchenwald, the museum said.

Ilse Koch’s husband, Karl Koch, was appointed commandant of Buchenwald in August 1937, and Ilse made camp overseer. The pair become infamous for their brutality toward prisoners, with Ilse known for whipping prisoners while riding a horse through the camp, according to Yad Vashem.

They were transferred to the Majdanek camp in September 1941, where they collected tattooed human skin and shrunken skulls. Ilse would single out living prisoners whose skin she wanted.

The Kochs were arrested in 1943 on charges of embezzlement, threatening officials and other crimes. Karl was executed by the SS in 1945 and Ilse was acquitted.

She was arrested by the US and sentenced to life in prison following the war, committing suicide in her cell in 1967.

Survivors of Buchenwald have said that human skin was used at the camp in the production of every objects including book bindings and wallets.

One former prisoner, Karol Konieczny, said in an account of her time at the camp: “I bound the whole thing in covers received from my colleagues from the camp bookbinding workshop. Of course, as one can easily guess, the covers were made of human skins, which came from the “resources” of the SS. The idea was to secure documents of Nazi bestiality and genocide.”

The album was donated to the museum by Paweł Krzaczkowski through the Sosenko Family Collections Foundation. It is evidence of a crime against humanity, the museum said.