Russia not in talks with US over Ukraine – Deputy FM 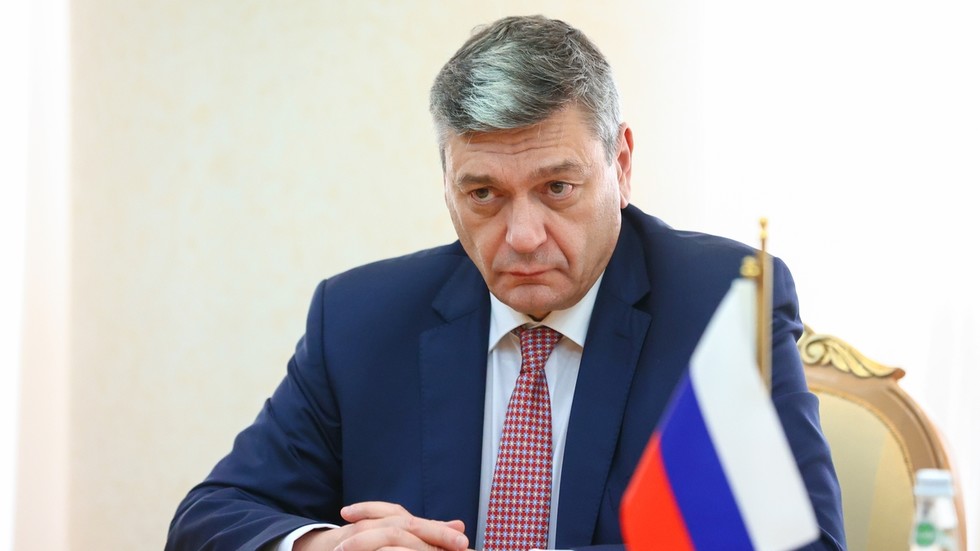 Russia not in talks with US over Ukraine – Deputy FM

The Kremlin, however, is ready for dialogue with Kiev “without any preconditions,” Andrey Rudenko said

Russia is not engaged in negotiations with the US over Ukraine, a senior Russian diplomat said on Tuesday, signaling, however, that Moscow remains completely open to talks with Kiev.

When asked by reporters over possible bilateral talks with Washington on Ukraine, Deputy Foreign Minister Andrey Rudenko replied, “No, we are not.”

However, the diplomat stated that Moscow is ready to hold negotiations with Ukraine “without any preconditions,” except for the key condition – “that Ukraine shows goodwill.”

Rudenko offered a reminder, however, that Ukraine has adopted a law prohibiting talks with Russia. “That’s their choice. We have always said we are ready for such negotiations, which had been interrupted not at our fault,” he added.

In early October, Ukrainian President Vladimir Zelensky signed a decree forbidding any diplomatic engagement with Vladimir Putin, suggesting there will only be talks when Russia has a different president. Despite that, Moscow has repeatedly stated it’s open to the resumption of peace talks with Kiev.

The Washington Post reported last week that the US has been privately asking Ukrainian officials to publicly show their readiness to sit at the negotiating table with Russia, while stopping short of pushing Kiev to actual talks.

The last round of negotiations between Moscow and Kiev took place in March in Istanbul. The Russian side, which initially expressed optimism about the peace process, later accused Ukraine of backtracking on all the progress achieved in Türkiye.

Moreover, last month Putin noted that Moscow and Kiev did reach a preliminary agreement which could have halted hostilities, but as soon as Russia pulled its troops back from Ukraine’s capital, “the leadership in Kiev lost all desire to have talks.”

On Monday, US National Security Adviser Jake Sullivan said communication between Washington and Moscow remained open, the BBC reported. The top official reportedly said it was “in the interest” of the US to maintain contact.