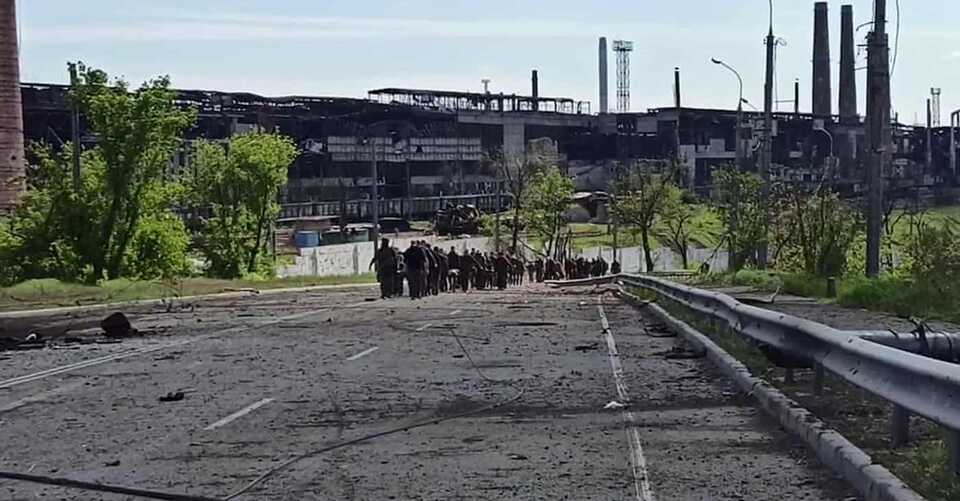 More than 900 Ukrainian troops who were at Mariupol’s besieged Azovstal steel plant have been sent to a prison colony on Russian-controlled territory, Moscow has said, as their fate remains uncertain.

A foreign ministry spokesperson, Maria Zakharova, said on Wednesday evening that of the 959 Ukrainian service personnel Russia said had surrendered since Tuesday, 51 were being treated for their injuries and the remainder had been sent to a former prison colony in the town of Olenivka in a Russian-controlled area of Donetsk region.