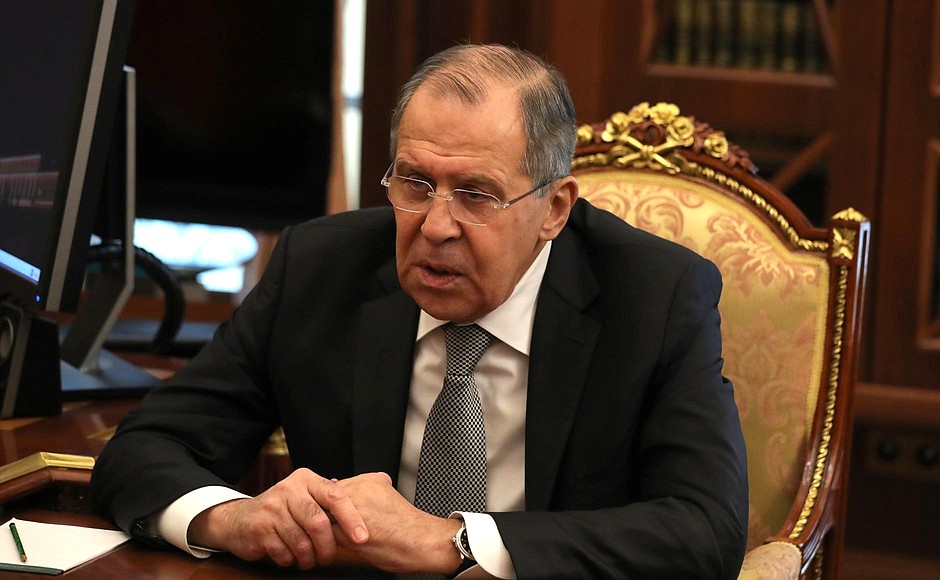 Russian Foreign Minister Sergei Lavrov warned on Monday that the risk of a third world war “cannot be underestimated,” and said the U.S. and North Atlantic Treaty Organization (NATO) are adding to that risk by supplying weapons to Ukraine.

In a Monday interview with the “Big Game” program on Russian state-run television Channel One, Lavrov said Russia agreed on the “inadmissibility of nuclear war” and said avoiding such conflict is “our principled position.” However, Lavrov warned that “now the risks are very significant.”

“The danger is serious, real. It cannot be underestimated,” Lavrov said.

Throughout the interview, Lavrov criticized the U.S. for the collapse of various nuclear arms control agreements and for building alliances like NATO and AUKUS that could challenge Russia. Lavrov also criticized the U.S. and NATO for supplying arms to Ukraine.