Russian journalist who protested invasion of Ukraine by holding up a banner in live TV broadcast has been detained by the country’s police, lawyer reveals 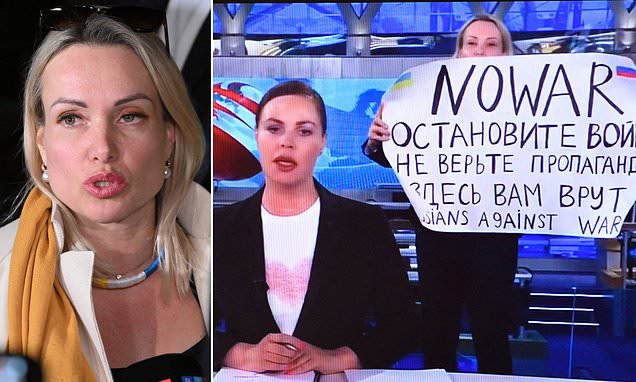 Russian journalist who protested invasion of Ukraine has been detained

by Kaya Terry For Mailonline

A Russian journalist who protested the invasion of Ukraine by holding up a banner during a live TV broadcast has been detained by the country’s police, her lawyer has revealed.

Ukrainian-born Marina Ovsyannikova, 43, dubbed the ‘bravest women on television’, was detained by Russian police on Sunday and her location is unknown.

The mother-of-two famously stood up to Putin‘s propaganda machine by interrupting a live broadcast clutching a sign that read: ‘No to war, stop this war – propaganda lies to you’…