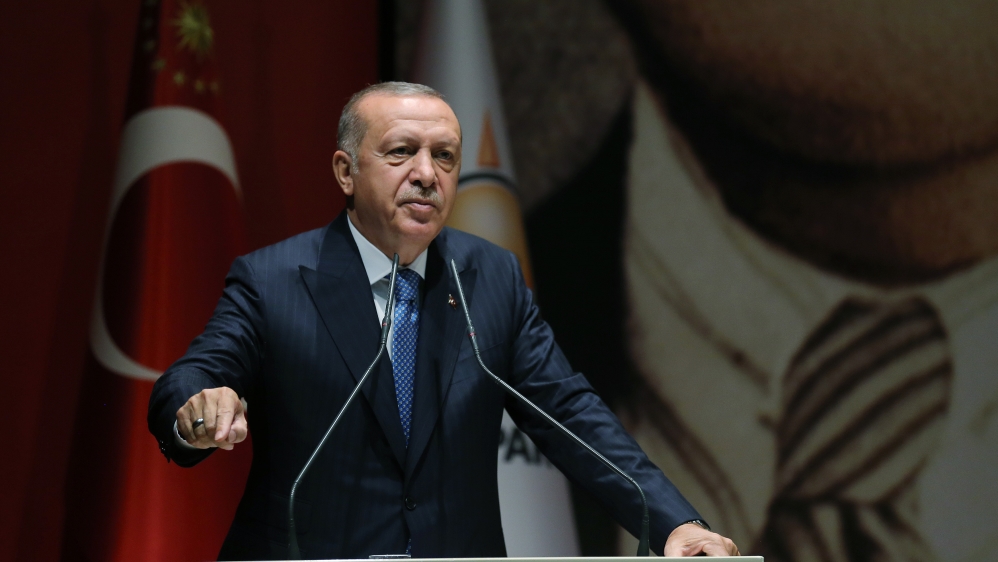 Pentagon announces hundreds of American military personnel will be sent to Saudi Arabia after attack blamed on Iran.

The pre-dawn attacks on September 14 knocked out more than half of the top global exporter’s output – five percent of the global oil supply – or about 5.7 million barrels per day.

Saudi Arabia, meanwhile, promised to “confront and deal with this terrorist aggression”, while US President Donald Trump hinted at possible military action.

As the United Nations General Assembly kicks off its 74th session in New York City, here are the latest updates:

The Pentagon said it plans to send four radar systems, a battery of Patriot missiles, and about 200 support personnel to bolster Saudi Arabia’s defences after the largest-ever attack on the kingdom’s oil facilities this month.

The deployment details clarify the Pentagon’s announcement last week about US plans to deploy more forces to Saudi Arabia after the September 14 attack on the world’s biggest crude oil processing facility, which Washington has blamed on Iran.

In a statement, the US military said it was also putting additional capabilities on “prepare to deploy orders” – meaning they could be mobilised more quickly in a crisis. These include two additional Patriot missile batteries and a Terminal High Altitude Area Defense system, or THAAD.

President Hassan Rouhani challenged countries who accused Iran of carrying out this month’s attack on a Saudia Arabian oil facility to provide evidence.

“Those who make the allegations must provide the needed proof. What is your evidence?” he told reporters in New York, a day after addressing the UN General Assembly.

The United States, France, Germany and Britain have all blamed Iran for the strikes on the kingdom’s Abqaiq plant and the Khurais oil field, which knocked out half of Saudi Arabia’s oil production.

Rouhani also urged the US to “cease this policy of maximum pressure” in favour of “dialogue, and logic and reason”.

Published in Military, US News and World News