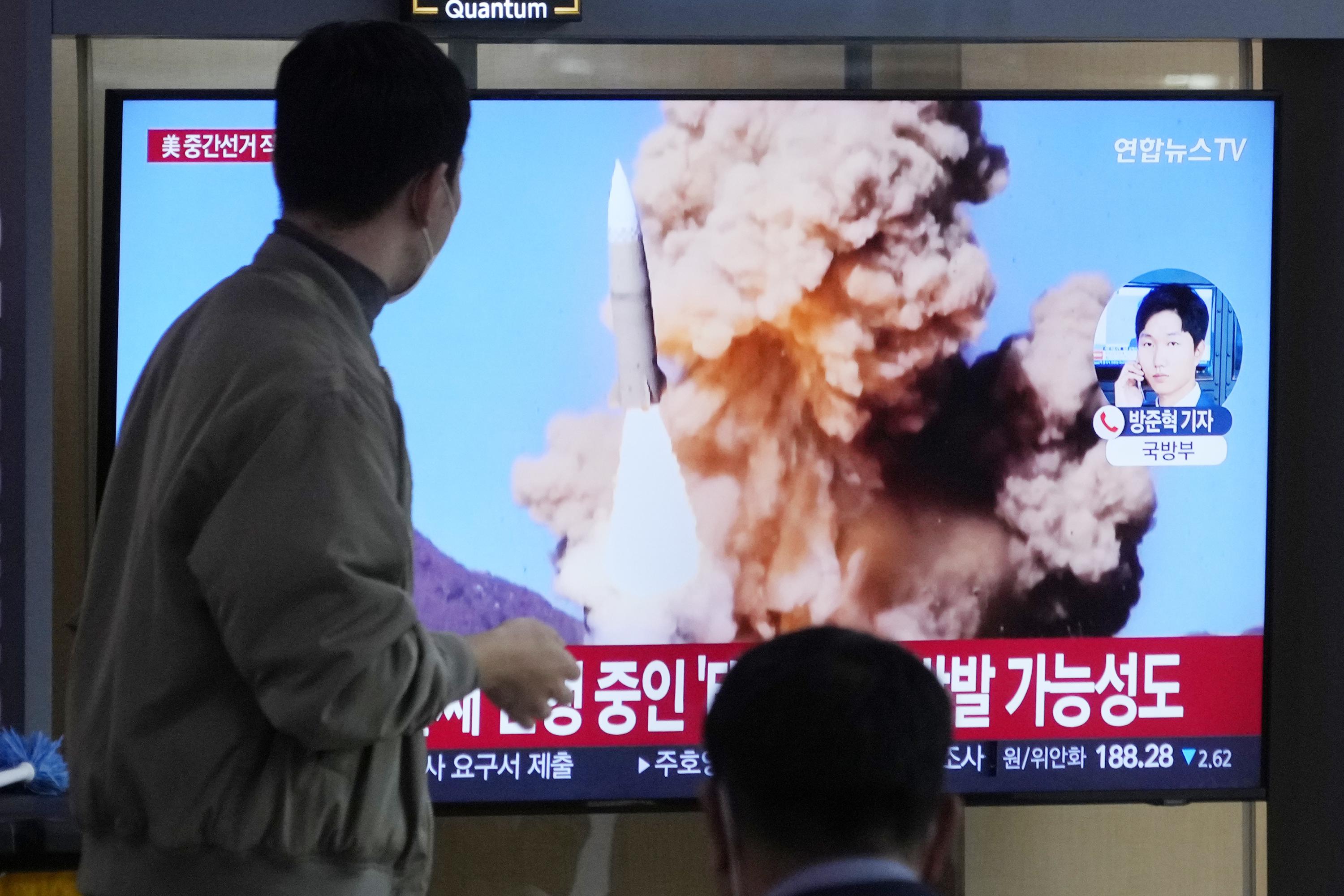 By KIM TONG-HYUNG and HYUNG-JIN KIM

SEOUL, South Korea (AP) — North Korea fired a short-range ballistic missile toward its eastern sea on Wednesday, extending a recent barrage of weapons demonstrations including what it described as simulated attacks on South Korean and U.S. targets last week.

Seoul’s Joint Chiefs of Staff said the missile was launched from the western town of Sukchon, north of the capital, Pyongyang, and flew across the country toward waters off the North’s eastern coast.

The South Korean and Japanese militaries assessed that the missile flew about 250 to 290 kilometers (155 to 180 miles) at a maximum altitude of 30 to 50 kilometers (18 to 30 miles). The relatively low trajectory seemed to align with the flight characteristics of some of North Korea’s newer short-range weapons designed to evade missile defenses.

Japanese Defense Minister Yasukazu Hamada said the missile landed in waters outside of the country’s exclusive economic zone. He said North Korea’s intensifying testing activity was “significantly heightening” regional tensions and that Japan lodged a protest with the North through their embassies in Beijing.