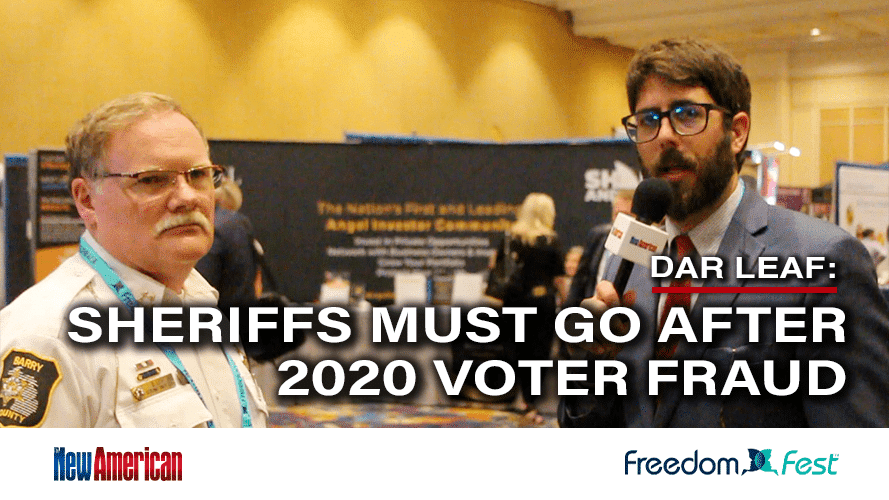 Everybody can see the obvious election fraud that took place in 2020, but because the…

Everybody can see the obvious election fraud that took place in 2020, but because the big agencies have refused to go after it, elected sheriffs across the nation must act, said Barry County, Michigan, Sheriff Dar Leaf in this interview with The New American magazine’s Alex Newman at the FreedomFest after a panel organized by True the Vote and the Constitutional Sheriffs and Peace Officers Association. The popular sheriff, who is currently investigating vote fraud in his jurisdiction, warned that state officials have been persecuting those who are providing information to law enforcement — an appalling abuse of power. It is time for arrests, added Leaf, pointing to developments in Arizona. Elected sheriffs must protect the people’s rights as their top priority, he concluded.