Sidelined? Hundreds of Navy SEALS told they won’t be deployed if they refuse COVID vaccine 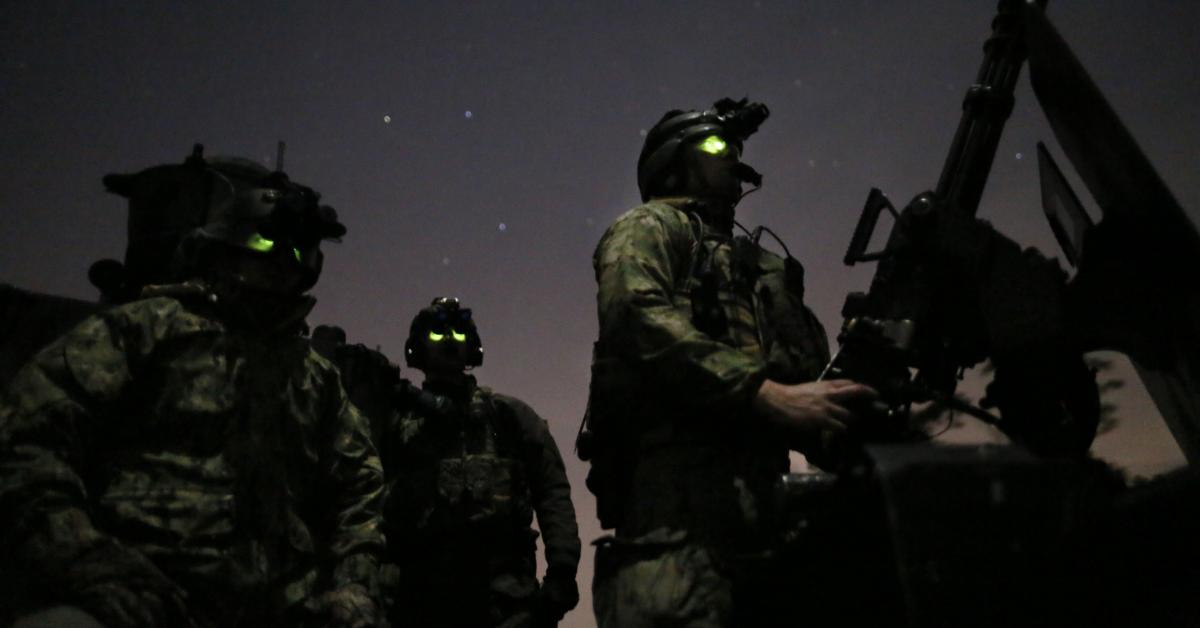 Sidelined? Hundreds of Navy SEALS told they won't be deployed if they refuse COVID vaccine

Several hundred elite Navy SEALs are in danger of being blocked from deploying with their special operator teams by the Pentagon after failing to get a mandatory COVID vaccine, according to a lawyer and pastor counseling them.

The number involved in the dispute with the Pentagon amounts to as many as a quarter or more of all active duty SEALs, a loss that could impact military readiness since SEAL teams play an outsized role in modern military operations, their advocates told Just the News. Some SEALS were given a deadline this week for the vaccine and have sought a religious exemption.

“My clients include several Navy SEALs who are a small part of a large group of SEALs and other military members who are being asked to choose between their faith and their ability to serve our nation,” said R. Davis Younts, a lieutenant colonel in the Air Force reserves and a JAG lawyer who is representing several of the special operators as a private lawyer. “They have been told that if they seek a religious accommodation, they likely will no longer be able to serve our country as Navy SEALs and been given an arbitrary deadline to comply with the vaccine mandate.

“My clients need time, and we are seeking at least a 90-day extension to vaccine mandate compliance deadline they have been given.”

Younts said the Pentagon has put its threat in writing that unvaccinated SEALs, including those who get a religious exemption or already have natural immunity, will be forbidden from deploying with their teams, all but ending their special operator careers. Some were given a deadline of this week, he said.

Pastor Jeff Durbin, a prominent anti-abortion activist and evangelical pastor from Arizona who has been ministering to the special operators for several weeks as they navigated the decision, said between a quarter to a third of all active-duty SEALS are involved in the dispute with the Pentagon, including some who already have COVID-19 immunity because they recovered from the disease.

“There are hundreds of Navy SEALs who have not been vaccinated, do not want to take the vaccine, or who have had and recovered from COVID and have the benefit of natural immunity,” Durbin told Just the News. “A large number of SEALS that I am speaking on behalf of are facing the very difficult decision that even with a legitimate religious exemption that is based upon their commitments to Christ, the Gospel, God’s Law, and the Constitution, they will no longer be Navy SEALs

“They are essentially being asked to make a decision between their commitments to the lordship of Christ and their careers as Navy SEALs. Our country should be very concerned about what this would do to military readiness. Losing hundreds of Navy SEALs because of their legitimate and sincerely held Christian beliefs could be devastating to us as a nation.”

The Pentagon referred comment to the Navy, which did not immediately respond with a comment. A Navy source would only confirm that Nov. 28 is the deadline for all Navy personnel to get shots.

Tim Parlatore, a lawyer who helped win the acquittal of Navy SEAL Eddie Gallagher in the alleged death of an ISIS prisoner, said he has confirmed large numbers of SEALS are declining to get the vaccine right now.

“It’s in the hundreds. And it’s not the senior leadership. It’s all the shooters and it is going to have a huge impact,” Parlatore said. “If they continue to with this asinine police you are going to have the complete decimation if the SEAL teams,” he said.

Parlatore said the SEALS are not anti-vaccine; in fact they get all sorts of shots. He said they just believe more safety data needs to be be available to make their own judgment. And some already have immunity from surviving the disease, he noted.

Federal health regulators say the vaccine is safe for most Americans, while acknowledging some rare but serious adverse events, such as sudden cardiac disease for younger adults.

It reportedly takes up to $500,000 and a year or more to fully train Navy SEALs, among the most elite and celebrated of the military’s special forces. SEALs shouldered a disproportionately heavy load during the war on terror the last two decades, with teams often deploying multiple times to war zones, including black-operations Team Six, which killed Osama bin Laden in 2011.

Younts’ and Durbin’s accounts were confirmed to Just the News by other lawyers representing special operators as well as several members of the SEAL community, who confirmed large numbers of special operators could be sidelined in the next few days. Most would only talk on background for fear of losing their jobs, but warned of a potential security calamity.

Eric Greitens, a retired Navy SEAL and the former Missouri governor now running for U.S. Senate, said the Pentagon’s current position wrongly impacts the nation’s defenses and the personal careers of men who have given so much to their nation.

“This is wrong for national security,” Greitens said. “The only people who will benefit from destroying the combat capacity of Naval Special Operations are the Taliban, Russia, China and other adversaries around the world. This is also wrong at human level. These warriors have dedicated their lives to the nation, spent their youth and some of them their health defending this nation and now find themselves in trouble for no valid scientific, medical or military rationale. It is clear their out-of-control command is more concerned with political correctness than lethality, and thus is willing to squander national security and personal careers.”

Younts, a Pennsylvania-based lawyer, has been involved in defending service members for nearly two decades, and won an award as the top Air Force defense lawyer in the JAG corps. His work and writings have been showcased in the JAG corps official magazine.

Durbin runs the large evangelical Apologia Church in the Phoenix area and is best known for his ardent opposition to abortion. In 2017, he stirred criticism when he suggested abortion be treated the same as murder, which under some state laws is punishable by the death penalty. His position on abortion as a crime, however, got recent support when Pope Francis declared earlier this month that “abortion is murder.”

Durbin told Just the News he began ministering to Navy SEALs and other military members in recent weeks as they wrestled with the decision of whether to get the COVID-19 vaccine as mandated by the Pentagon. He said those he has counseled have a religious objection, are unable to speak publicly because of their allegiance to military discipline and know that even if they get a religious exemption they will be ending their SEAL careers if they refuse the shot under the current military position.

“These Navy SEALs are men of faith in Jesus Christ,” he said. “They feel as though they are being pushed to a decision between their faith in Christ, their commitments to God’s Law, and their desire to love their neighbors and uphold the principle of the preservation of human life versus their careers as Navy SEALs.”

He said the SEALs he is ministering to “are the epitome of silent professionals and they do not desire to nor can they speak for themselves.”