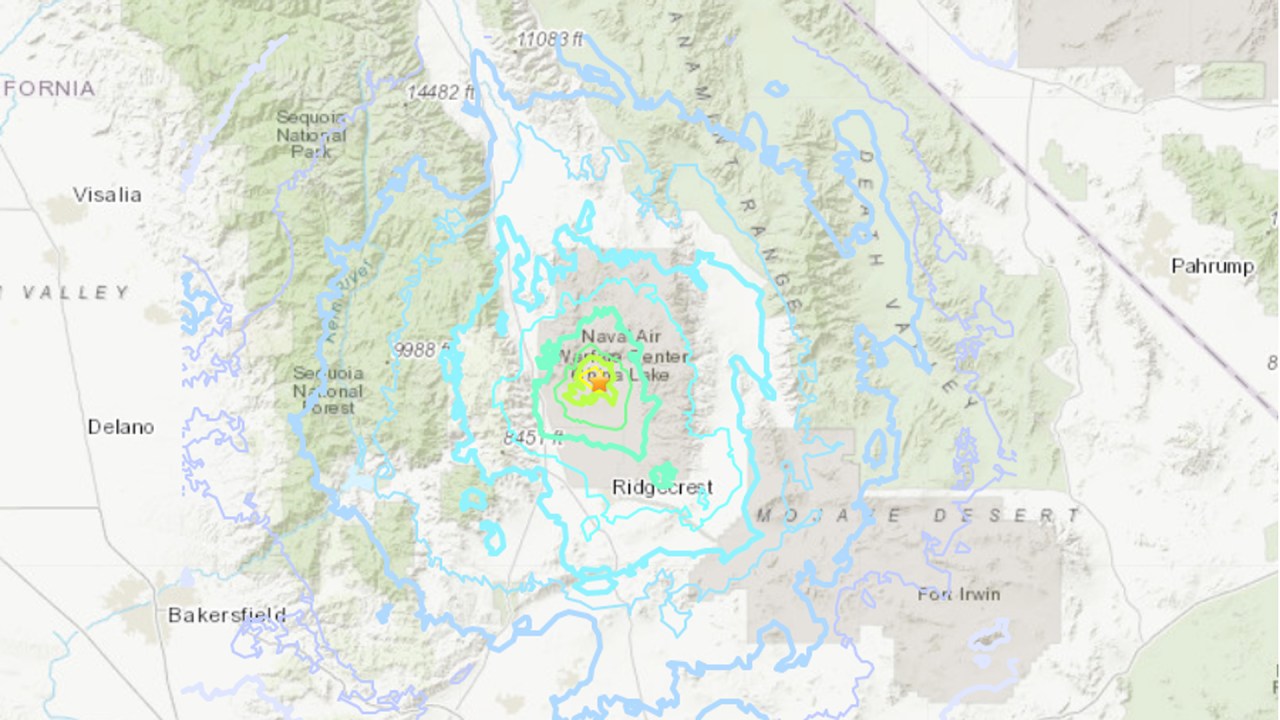 A 5.0 magnitude temblor struck the Ridgecrest area Thursday afternoon, one of several thousand aftershocks to rattle the region after two major quakes this summer.

The quake hit about 1:49 p.m. with an epicenter within the Naval Air Warfare Center China Lake property in Inyo County, according to the U.S. Geological Survey.

It struck about 20 miles north of Ridgecrest. The closet population center is Little Lake, about 11 miles away.

The magnitude 5.0 was quickly followed by a swarm of smaller aftershocks, including four magnitude 3.0 and greater and three above 2.0, USGS says.

There were no immediate reports of injury or damage.

More than 80,000 earthquakes are estimated to have rattled the region since July 4 in a sequence following two of Southern California’s largest earthquakes in 20 years.

Published in Earthquakes and Geographical News