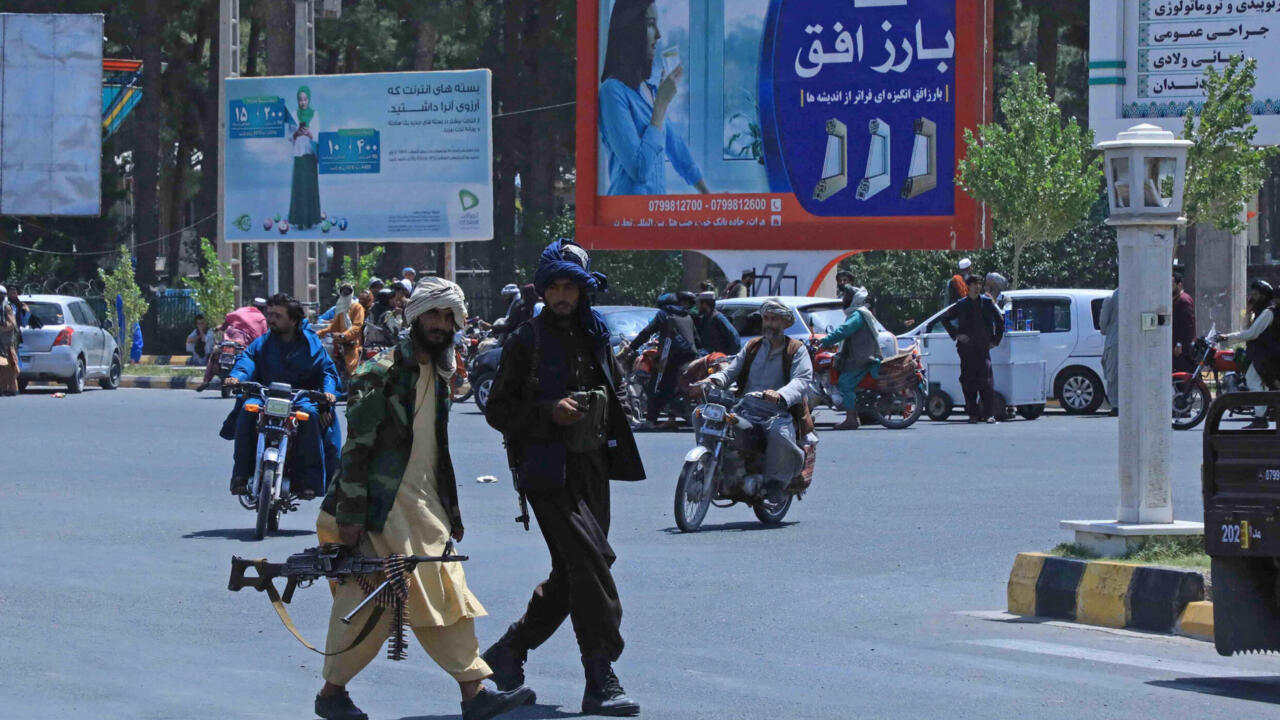 The Taliban 2.0? Militants seek image revamp in a bid for legitimacy

As it completed its takeover of Afghanistan, the Taliban insisted it would not revert to…

As they completed their takeover of Afghanistan, the Taliban insisted that they would not revert to the brutal medieval rule that turned the hardline Islamist group into an international pariah in the late 1990s. Dubbed the Taliban 2.0 for their skilled use of social media, the militant’s image revamp is being greeted by deep skepticism.

Two days after the fall of Kabul, TV viewers in Afghanistan watched  a scene that would have been unthinkable under the former Taliban regime (1996-2001): An Afghan female presenter for the Tolo news channel interviewed a Taliban official. The host, Beheshta Arghand, who was seated 2.5 meters away from him, asked questions about the security situation in the Afghan capital. The privately-owned news channel also posted a video of another female journalist reporting from the streets of Kabul.

In this program, host Beheshta Arghand interviews Mawlawi Abdulhaq Hemad, a close member of the Taliban’s media team, about Kabul’s situation and house-to-house searches in the city. https://t.co/P11zbvxGQC pic.twitter.com/Pk95F54xGr

The broadcast came as Taliban leaders reiterated their message that their disciplined fighters would not go on a killing spree against its former enemies. In a press conference on August 17, Taliban spokesman Zabihullah Mujahid showed a conciliatory face, confirming an amnesty for former members of the Afghan army and police. He also said that women would be allowed to work and study and be active in society “but within the framework of Islam”.

Despite widespread skepticism, the hardline Islamist group is working hard to spread the idea that it will not revert to its former practices. When the Taliban governed Afghanistan from 1996 to 2001, women were barred from taking most jobs and girls’ education was limited to primary school. Watching TV and listening to music was banned, and adulterers could be stoned to death.

“The Taliban’s core ideology remains the same. They still want to impose a sort of ‘over-Sharia’, an extreme and more rigorous version of Islamic law than the one implemented in other countries,” Sébastien Boussois, a researcher on Afghanistan at Université Libre de Bruxelles (ULB), told FRANCE 24.

In response to a question about differences between the 1990s Taliban and today's, Mujahid said the ideology and beliefs are the same because they are Muslims, but there is a change in terms of experience–they are more experienced and have a different perspective. pic.twitter.com/IZBkc5gxx4

In its first official statement during the fall of Kabul, the Taliban’s political bureau said that the real test would be to “serve our nation and ensure security and comfort of life”. The insurgent group thus signaled that it was is ready to perform a range of governance functions to improve the population’s lives, instead of simply imposing religious-inspired bans.

This image revamp has already facilitated the Taliban’s conquest of Afghanistan, according to experts. There were little reports of popular opposition to the militants’ advances and Kabul fell without the bloodshed many had feared.

“The Taliban have built a narrative that is very different from that of the ragtag gang that stormed Afghanistan between 1996 and 2001. They are saying ‘We freed you from the Americans and the miscreants, the corrupted Afghans who fled to Abu Dhabi or elsewhere with the money that was supposed to stabilize the country’. They can portray themselves as liberators, and not just people who will lock down the Afghans,” said Boussois.

“The Taliban will say that Islamic law is a means to create a strong and austere government after years of corruption and deliquescence.”

As an insurgent movement fighting the world’s number one superpower, the Taliban has developed strong adaptive skills over the last two decades. Their policies have been driven by military and political necessities, not religious ones, argues a research paper published in March 2021 by the CTC at West Point, the US military academy. The author, Thomas Ruttig, wrote that “policy adaptations that are only tactical at first [could] evolve into genuine changes”.

This seems to be the case for the group’s most notable change since 2001: its efforts to improve its relations with foreign countries for global recognition. While the first Taliban regime was recognized by only three countries at its peak (Pakistan, Saudi Arabia, and the UAE), it’s now on good talking terms with most of its neighbors. Both Moscow and Beijing have bought the Taliban 2.0 narrative, the latter even calling for “friendly” relations with the new rulers of Kabul only a few hours after Islamist fighters entered the Afghan capital.

This narrative could eventually lead Western countries to normalize their relations with the Taliban, according to Boussois. “If one agrees that the Taliban have changed, then one could deal with them to prevent Afghanistan from becoming a new North Korea, or a country in eternal chaos. If Western countries don’t do it, other countries will – this is what is happening with China and Russia at the moment.”

What the Taliban learnt from their 2001 defeat

The Taliban crave international recognition because they learned the hard way that being an international pariah hosting terrorists is a sure way to attract a foreign military intervention. The movement’s leaders are well aware that the US invaded Afghanistan after their refusal to hand over the mastermind of the 9/11 attacks, Osama Bin Laden, and not over the human rights violations that had been taking place for several years before.

While the Taliban isn’t likely to compromise on its ultra-conservative Islamist ideology at home, they will make sure that Afghanistan is no longer used as base for al-Qaeda attacks on foreign countries, according to Wassim Nasr, FRANCE 24’s expert on jihadist movements.

“The Taliban are definitely stronger than they were in the 1990s. They have more military and political experience. That doesn’t make them more open-minded. But they will not take the risk of being toppled a second time because of an al-Qaeda provocation. They will keep them under control,” said Nasr.

The Taliban have maintained strong relations with its longtime jihadist partner. Internal documents show that all branches of al-Qaeda have pledged allegiance to the Islamic Emirates of Afghanistan, and al-Qaeda fighters took part in several battles in August 2021, according to Nasr.

But the emergence of the Islamic State (IS) group has led several countries to rely on the Taliban to contain this new jihadist threat. Reports of the killing of an IS group leader after the Taliban took over the prison where he was being held shows that the new rulers of Afghanistan are holding their part of the deal – for now.

“If the Taliban prevent the IS group from spreading to Central Asia, the Russians are happy. If they prevent Uighurs from joining the IS group, the Chinese are happy. And if there are no more al-Qaeda terrorist attacks planned from Afghanistan, the Americans are happy,” said Nasr.

Regardless of human rights violation concerns, the Taliban 2.0 have found their ticket back into the international community.